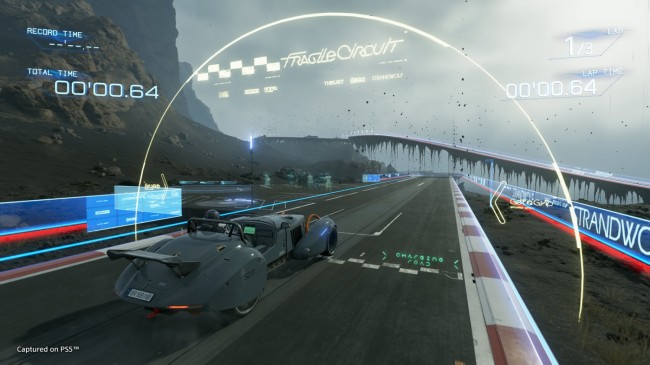 Kojima Productions officially announced that their Death Stranding will be having a "Director's Cut" on the works and will be released for the PlayStation 5.

The Director's Cut upgrade will feature new additions to the 2019 action game's gameplay, including a racing mode, that, according to the game's PlayStation Blog, would further expand the Death Stranding in-game universe while enhancing its core game experience.

This was after Hideo Kojima, the game's director, first announced it during an appearance in the Summer Game Fest 2021 last June.

#DeathStranding DIRECTOR’S CUT arrives on #PS5 on September 24! Check out the new trailer which gives you a first look at all the exciting enhancements and new features.
4K version here: https://t.co/v75acP8eQD
To pre-order, visit: https://t.co/Ul6g4AaPz5#KojimaProductions pic.twitter.com/E9twlcMHDG

Aside from the enhanced visual changes including a higher frame rate that is suitable for the Playstation 5, Death Stranding Director's Cut will have a bunch of new tools, modes, and reworked game mechanics.

According to ComingSoon.net, the video trailer for the game teases its new combat system, which lets Sam "Porter" Bridges expand his arsenal against his enemies.

Aside from better melee attacks, Bridges can also equip with the new Maser gun, which can stun and electrocute enemies, as well as a mounted machine gun that can give both him and the MULEs an advantage.

This new weapons can be tested out in new firing ranges, which is at some locations in the game. The said firing ranges are reminiscent to those from Metal Gear Solid games, which Kojima famously developed.

Aside from combat, the said "upgrade" will give Bridges some additional tools of transport to make him an even better deliver driver. According to Polygon, the Director's Cut has a cargo catapult system that can launch parcels to the sky for convenience.

The Support Skeleton can ease Bridges' burden while carrying heavier objects, while the Buddy Bot is a bipedal robot that can follow and assist him in carrying other packages, as well as it can let Bridges ride on its top rack.

Speaking of rides, the Director's Cut lets Bridges to build jump ramps for his motorycyle which makes clearing gaps easier than before.

But the greatest addition in the game was the new Racing Game mode, the Fragile Circuit, which Bridges can race against the ghost of other players with his new shiny car.

According to ComingSoon.com, the Director's Cut will have two modes that players can access: Performance Mode if they want the game to run 60 frames per second with an upscaled 4K graphics suitable to PlayStation 5 and Fidelity Mode if they want to run it at a native 4K.

The game's support for Ultrawide and HDR will also be in this version.

How to get your own copy

According to the blog post, players can get the Death Stranding Director's Cut Digital Deluxe Edition Upgrade at the PlayStation Store for only $10 if they want to upgrade their own copy of the PlayStation 4 version of the game.

The developers of the game also said that they can also transfer their save data from their PlayStation 4 to the PlayStation 5, making them either pick up their journey left behind in the game or jump to the new game after finishing it with new content and equipment that can be discovered.

If players want only the game, the Digital Deluxe Edition will be sold also at the PlayStation Store for a full price of $60, according to ComingSoon.com.

Players who bought the Digital Deluxe Edition will also receive the game's mini soundtrack, the Selections from the Art of Death Stranding artbook, a Death Stranding Director's Cut Avatar set, and in-game items such as backpack patches, and either a gold or silver Special Delivery Team suit set.

Death Stranding Director's Cut is set to arrive on PlayStation 5 on September 24th.