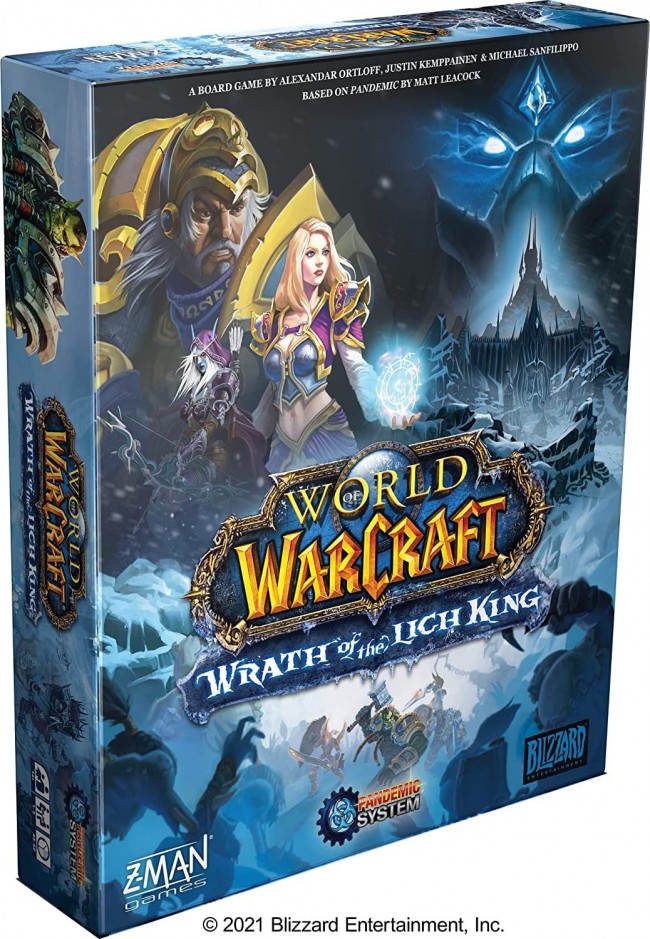 Blizzard, in partnership with Z-Man Games, have announced that they will be releasing a board game that combines the aesthetics of The World of Warcraft and the mechanics of the tabletop game Pandemic.

World of Warcraft: Wrath of the Lich King, according to Gamepur, will take the cooperative gameplay that the tabletop game was famous for and transporting it to the realm of Azeroth.

In World of Warcraft: Wrath of the Lich King board game, players will band together and stop an imminent plague of the Undead that threaten the frozen continent of Northrend.

https://t.co/dKiKMFiOSA
Announcing World of Warcraft: Wrath of the Lich King – A Pandemic System Game from @Blizzard_Ent and Z-Man Games, set within the realm of @Warcraft with the #CooperativeGameplay of #PandemicTheGame. Learn more and pre-order here: https://t.co/Gw366lXwfn

According to Gamespot, they will choose one of seven heroes - including Thrall, the Warchief of the Horde; Varian Wrynn, the King of Stormwind; and Sylvanas Windrunner, the Banshee Queen of the Forsaken - and cooperate to overcome the Lich King's undead army.

Each hero has its unique abilities and stats, and they can be given new equipment, mounts, and items like potions, all of which can help them turn the tide of battle, with the help of hero cards.

These cards can be collected throughout the game, and according to Gamesradar.com, will dictate on how players will clear the game with the help of strategy,

According to Comicbook, the board game itself will showcase the same mechanics and gameplay from Pandemic, which also needs cooperation between four players to fulfill its objective, but tweaked to embrace the fantasy setting of World of Warcraft.

One of said tweaks was the Quest system in which players can partake while adventuring across Northrend. These Quests can provide them special bonuses after completing tasks, which includes battling monsters, destroying evil relics, and other tasks.

Other tweaks included undead monsters called "ghouls" that will replace Pandemic's disease tokens, as well as dice-based combat which is common to majority of tabletop games.

All of the said elements are combined into an extra-large game board, which also includes forts, temples, battlegrounds, and other game pieces that are meticulously sculpted to bring the iconic locations from Azeroth alive, as if everything from the PC game were scaled down into board game size.

World of Warcraft: Wrath of the Lich King, according to NME, can be played alone or up to five players. The tabletop board game contains seven player pieces that will portray the heroes, a Lich King piece, three abominations pieces, 36 ghoul pieces, one Icecrown citadel piece, three stronghold pieces, and over 100 cards.

How to Pre-Order, Price

World of Warcraft: Wrath of the Lich King, according to Polygon, is available through pre-order. Those who want to avail the tabletop board game can visit the Blizzard Gear Store and the Z-Man Games Online Store in order to place their orders. The said board game costs $59.99.

A Twitter post said that the tabletop board game is also up for pre-order on Amazon, which costs $69.95. However, as of this writing, the said page regarding the game was missing, signifying that it is either out of stock or temporarily unavailable.

READ ALSO: Five Easy Ways to Become a Pro at World of Warcraft