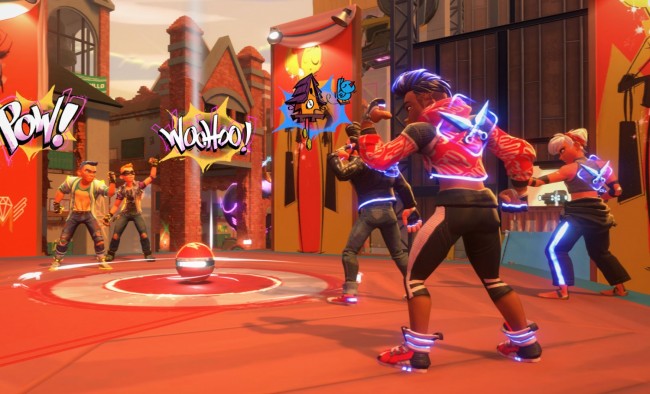 It is time to be in the blockbuster rumble as Knockout City will get its Season 2 Update. Named "Fight at the Movies," players of the multiplayer dodgeball brawler game will see new content that will add more excitement in it.

The new content includes a new map with interesting locations inspired by movies, as well as other movie-based content, a new Ball, and many more.

Now Showing: Fight at the Movies

The new season update for Knockout City was first announced during the EA Play Live. According to Comicbook, "Fight at the Movies" will feature the new "Holowood Drive-In" map, which from the name itself, it is themed after drive in movie theaters.

Coming to a holo-theater near you on July 27th: Fight at the Movies!
Action-packed brawlin' that'll have you on the edge of your seat as you experience the silver screen like never before! Brawl on a constantly changing map, with a new ball, new cosmetics, new Playlists and more! pic.twitter.com/l4B7XviNb2

The movie theater-themed map will feature areas that are inspired by classic movie genres, such as the "Cathedral of Horror," where themed after classic horror flicks of 1930s such as "Dracula" and "Frankenstien," and the "Bridge of Love," which might took inspiration from classic romance flicks.

Other areas that are present, according to Polygon, include one with a giant mech stomping around as if it was a scene from a kaiju movie and a strange, larger-than-life-seized child's bedroom.

The said stage, according to vg247.com, will change is real-time as players fight in the stage as if they are fighting in scenes of movies from across every genre.

A new ball will also be introduced is "Fight at the Movies" in the form of the Soda Ball. According to Destructoid, the ball is filled with sweet carbonated drink, and when thrown, it will explode across the enemies, covering their screens in sticky soda and causing temporary blindness.

Aside from these new additions to the gameplay, Knockout City will receive new cosmetics that will be sold in the game's store, new movie-themed gear that players can unlock while playing the game, a new League Play season, and five new game playlists.

Players will even show up at matches in a new stretch limo Crew Vehicle as if they are in a Red-Carpet Premier of a movie. The said Crew Vehicle will be unlockable in an all-new weekly Crew Contracts that can be attainable after the season update rolls out, along with three new special events and season contracts.

The "Fight at the Movies" Season 2 update is a part of Knockout City's development roadmap, which was revealed by both Electronic Arts and Velan Studios, with its Season 1, "Heat Wave," finished last July 5th.

According to the roadmap which was posted in Electronic Arts' webpage for the game, the Season 2 will be released this coming July 27th, and will be rolled out for PlayStation 4, PlayStation 5, Xbox One, Xbox Series X|S, Nintendo Switch, and PC.

According to Polygon, the game's Season 3 is set to launch in Fall 2021, followed by Season 4 in Winter of the same year.

TAG Knockout City
© 2020 Game & Guide All rights reserved. Do not reproduce without permission.