Fortnite 17.40 Leaked Skins in Season 7-8: How to Get Morty, Will Smith Bad Boys Characters, Back Bling, MORE 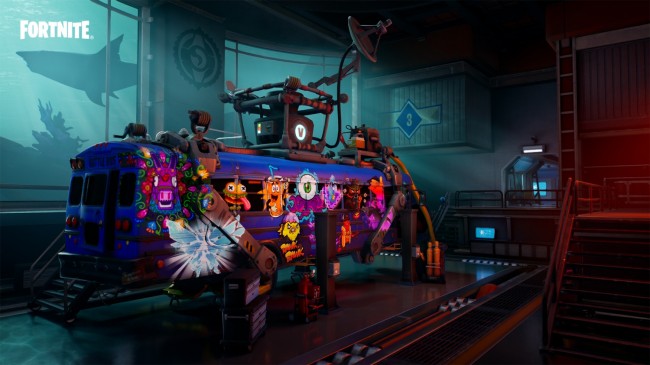 Several leakers posted leaks on Social Media pointing out new Character Skins for Fortnite that might be released either within the current Chapter 2 - Season 7 or the rumored incoming Season 8.

This is after the said shooting game recently released its Patch 17.40 Update, bringing in any possible additional new content to the game.

The said leaks contain images and shared Social Media clips of said Character Skins, which were unreleased until they were revealed by the said leakers. Said Character Skins will be focused on a supplementary one to an existing Skin, as well a movie-inspired one and an addition to its Icon Series.

UPCOMING "Morty" SKIN! (Again thanks to @Not0fficer for the help) pic.twitter.com/7IyIs2IeQY

Players do keep in mind that these leaks were unconfirmed by the developers of the game and they were subject to change.

The Duo is (Almost) Complete

One of the said Character Skins that were leaked and rumored to be released was Morty Smith, one of the two main characters of Rick and Morty.

The said skin may complement the already-released Rick Sanchez Character Skin, which was rolled out last June during the launch of Season 7 as a Battle Pass reward.

According to Gamespot, in the leaked images posted on the leaker's Twitter accounts, it was shown that Morty will utilize a mech suit that is similar to the one that Snowball has in the original TV cartoon series. This is in order to maintain a hitbox on par with other Fortnite characters.

Along with the Morty Character Skin is a backpack-like Back Bling and a Schwifty emote, which lets it sing the "Gotta Get Schwifty" song. It is also rumored that it will have a space snake pickaxe, which might be designed after those astronaut suit-wearing snakes trying to attack Morty in an episode.

Before this, Morty had his "appearance" in the game, but as a hammer-shaped pickaxe weapon that was released during the Season 7 Launch aside from the Rick Character Skin.

Aside from Morty, there were other individuals that were rumored to appear in Fortnite as Character Skins after the said leaks was posted online.

According to PC Gamer, Will Smith is rumored to enter the island as his character in the Bad Boys films, Detective Mike Lowrey, is said to become a Character Skin in the game.

The said skin's design was inspired after the character's appearance in the first Bad Boys film in 1995, complete with black turtleneck sweater and gun holsters.

According to Dot Esports, aside from the Mike Lowrey Skin, players can also purchase the rumored "Detective's Duffle" back bling and the "Loose Cannon Cutters" pickaxes.

Finally, leakers also revealed that there will be an addition to the game's Icon Character Skin series in the form of the Colombian musician J Balvin.

The musician, who did several projects with names such as Skrillex, Bad Bunny, and Dua Lipa, will also appearing in the game as a Character Skin, and much like the Mike Lowrey Character Skin, it was designed much like its real-life counterpart.

The said Skin will also have its own accessories, including the "Real" back bling and pickaxe, the "In Da Party" emote, and the "Balvin Cruise" glider.

Speaking of musicians, the same leakers also pointed out that "Bim Bam Toi," a song by the French singer Carla, will also appear in Fortnite. According to PC Gamer, the said song, which became France's entry in the 2019 Junior Eurovision song contest, will become an emote in the game.

Release Dates, How to Get it

As of this writing, Epic Games, the developers of Fortnite, did not post anything regarding if the said leaks were true. The leakers, on the other hand, did not reveal any further details regarding the Character Skins, including its possible release dates.

However, much like other Character Skins in the game, they can be attainable in the game's Item Shop and they can be sold either individually or as part of a bundle.

READ ALSO: Fortnite 'Free Guy Challenge' Coins Locations Guide: Where to Place Them Around the Map

TAG fortnite, fortnite, Rick And Morty
© 2020 Game & Guide All rights reserved. Do not reproduce without permission.