'Tales of Arise' Owl Locations Guide: Where to Find Them in Calaglia, What Rewards to be Earned 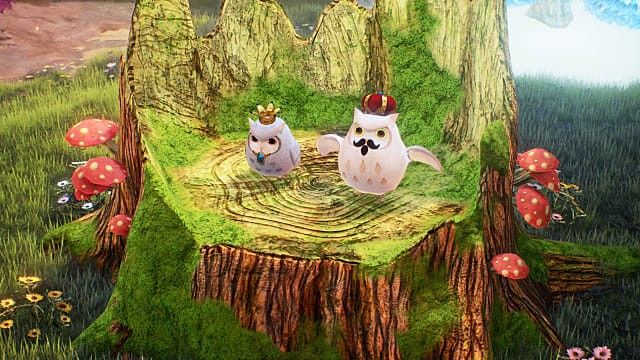 In Tales of Arise, players will traverse the land of Dahna as both Alphen and Shionne as they will shape their fate while combatting opponents thanks to the game's unique "Boost Strike" system where they can chain attack combos together with their party members.

Aside from an action-packed battle system, stunning in-game graphics, and a gripping story, the game also let them to collect Owls for rewards that they can use in their adventures, as well as achievements after collecting a specific number of Owls.

These Owls, according to PowerPyx, can also be a key to other sub-quests that they will take as they progress in the game, as well as finding the Artifacts, unlocking "The Owl Forest" quest, and spawning the other Owls.

The arrival of #TalesofArise is here! HOOT HOOT HOORAY!

To commemorate this momentous launch, Hootle has prepared a special message for you all before he takes a long deserved break! 🏖

Where to Find the Owls in Calaglia

According to SegmentNext, there are 38 Owls that are scattered within the game. In order to track down these Owls, players must first unlock the tracking skill for Hootle, the pet owl of Rinwell, which can be done after defeating the first lord in the game, Lord Balseph. Afterwards, Hootle will alarm them once it sensed an Owl nearby in an area.

The said Owls can be seen in these five locations, each has its own color. Red is for the Owls that can be seen in Calaglia, Blue is for Cyslodia, Yellow is for Menancia, Gree is for Mahag Saar, and Purple for Ganath Haros.

To find the first Owl in the Calaglia area, according to RPGSite, they will go towards the Sandinus Ravine. Once they are in the bridge going to Ulzebek, they will spot an Owl that is sitting in a dead tree. Once they got the owl, they will receive a Dog Tail.

For the second Owl, they will go to the Crimson Crows' hideout in Ulzebek. They need to climb a ladder inside of the hideout, then climb another one on the balcony until they reach the rooftop and saw the said Owl. Once they got it, they will receive Rabbit Ears.

The third Owl can be seen in the Iglia Wastes, where players need to climb the cliff in the southwest part of the area. In order to do this, they must survey the said cliff until they saw a climbing icon. From there, they will climb until they saw the said Owl. After this, they will be rewarded with the Spotted Car Ears.

For the fourth Owl, they must go to Doc in Mosgul. The said Owl can be seen sitting right behind the short stone wall. Once they got the Owl, they will receive a Monocle.

For the fifth Owl, they will go to the exit from Kyrd Garrison, which is at the left of the entrance to Mosgul. Once they saw a little side path, they must thread on it until they saw the Owl at the end. After getting it, they receive a Cat Tail.

The sixth Owl is located at the Trench of Flames. Once they arrived at the Castle Gates, they will follow the path until they stumble upon the Owl, which is seen inside a ruined old hose. Getting the Owl will give them Dog Ears.

The said area is also the location for the seventh Owl. They must go to the "Gates of Fire," then look for a metal mesh in a bad shape. From there, they will saw the Owl that they will get in order to receive a Left Bandage.

For the eight Owl, they must go to the Glanymede Castle. Once they entered the said area, they must go to its third floor, where they will saw a room full of chickens. The Owl is in the middle of those chickens. Getting it will award them a Rabbit Tail.

For the ninth, and final, Owl in Calaglia, they must go to the Lacerda Cliffs. The said Owl can be seen right next to the campfire beside a merchant in the campgrounds. Once they got the Owl, they will receive Frame Glasses.

TAG Tales of Arise
© 2020 Game & Guide All rights reserved. Do not reproduce without permission.