'CoD Warzone' Iron Trials ‘84 Guide: What's Inside? What Are 'Redacted' Weapons and How to Find Them? 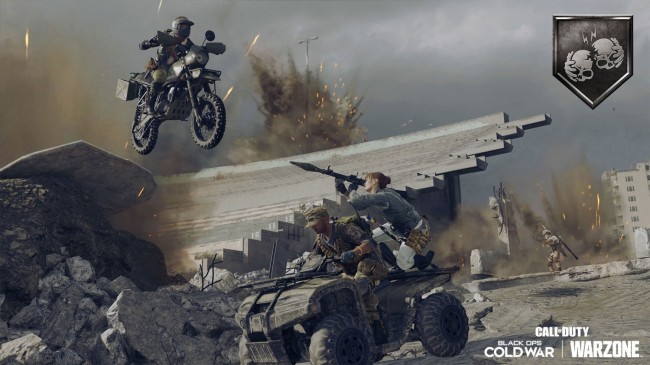 A new game mode has arrived in Call of Duty: Warzone for its Season 5 Reloaded. Named Iron Trials '84, this multiplayer game mode, according to Gosunoob.com, will replace the Duos in the first person shooting game's Battle Royale mode.

Activision, the developers of the game, made the said inclusion of Iron Trials '84, according to Gaming Intel, to test the waters for the upcoming Ranked Battle Royale mode for Warzone.

As mentioned earlier, Iron Trials '84 will be included in Call of Duty: Warzone's Battle Royale feature, replacing its Duos mode.

According to Gosunoob.com, the said game mode has pretty much the same mechanics of a typical Battle Royale - two teams will battle, while the battlefield will shrink with time, until one of them will be the last team standing, while a player who wins a duel in the Gulag will respawn.

However, Iron Trails '84 has striking differences. One of which is that players will start the game with an initial loadout consists of a .44 Magnum and a sledgehammer.

According to Gaming Intel, they will have more health, which is different from the other game modes in Warzone, but it will regenerate at a different rate.

Another is its higher Time-to-Kill (TTK) for its weapons. TTK, according to EssentiallySports.com, refers to how much time a weapon will take to kill an enemy when it was shot above the torso. Different weapons in Warzone have a different TTK.

With higher TTK in weapons in Iron Trials '84, players are now able to rely more on their skills in handling said weapons and proficiency while firing.

The loadout drops in the said Battle Royale mode will not be free and will be more expensive, making cash more important, and scarce, causing players to consider more about their economy while on the game.

Iron Trials '84's Gulag will become tougher as the said area will not have any akimbo, or dual-wielding weapons, semi-auto, and full-auto shotguns, as well as no tactical equipment. If a player manages to win in a duel, it will respawn with all of the equipment it had in the Gulag.

Other changes that will be evident in the said game mode include the removal of the Stopping Power and Dead Silence perks, the nerfing of sniper rifles, stun grenades and medical syringes, fewer vehicles like the ATVs and dirt bikes, and the price increase of the items in the Buy Stations.

What are the [REDACTED] Weapons (and How to Find them)

Another added element in Call of Duty: Warzone's Iron Trials '84 is the [REDACTED] weapons. This new form of weapon rarity, according to Dexerto, will have eight attachments once players stumbled upon them.

The [REDACTED] weapons, according to Gaming Intel, will appear as a normal ground weapon loot, but it is in an orange-colored supply box with a red name on it.

Once they got all of the eight attachments of the said weapon, they will have an advantage in the game even against those players in the opposing team who have their loadouts.

TAG Call of Duty, Call of Duty: Warzone
© 2020 Game & Guide All rights reserved. Do not reproduce without permission.