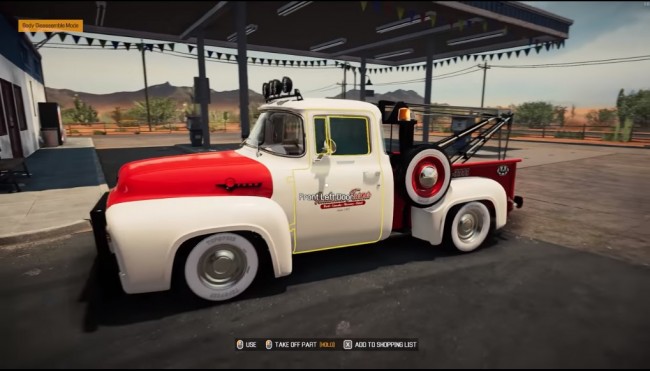 In Car Mechanic Simulator 2021, players can restore and repair one of the 80 cars that are available in the game, 72 of them are already installed, and the remaining 8 are in its two downloadable content (DLC) car packs, using more than 4,000 car parts.

The real-life car mechanic simulator also gave them opportunity to restore and owe a car of their dreams, whether if it is a classic car or a modern one, or those that they usually see in other media, whether in a television show, movie, or another video game.

One of the said cars that they wanted to add in their collection is the Ford F-100, a classic truck that was part of Ford's F-Series, and it was produced between 1953 to 1956.

In order to restore the Ford F-100, they must purchase it first. According to Alex K's YouTube video, the truck can usually be found at the Junkyard, the Barn or the Car Auction. If they saw it in the junkyard, they would notice that the it was abandoned, and has a lot of missing parts.

Once they bought it, they can start washing it in the Car Wash to remove the dirt until what they see are rusty parts. They can also detail its interior.

Once it is done, they can move the car to the Car Lift in their garage. Once they have placed it in the Car Lift, they can now disassemble the parts for the truck, including its engine, bumper, body, wheels and its suspension, and windshield, until what is left is the body frame itself. Since all of the parts are rusty, they need a lot of WD-40 to remove them.

Afterwards, they will move the Wielding Machine to the car lift where the car is placed at, then click the Use Equipment to start the repairs for the body. After that, they can detail its interior again.

In the video, the player chose the V12 DOHC MRC engine. To build this, players must have its engine block, its pistons with rings, its crankshaft, its rod and crankshaft bearing caps, its power steering pump, its alternator, its flywheel, its clutch plate, its clutch pressure plate, its clutch release bearing, and its oil pan.

They would need to have its water pump pulleys, its crankshaft pulley, its idler rollers, its serpentine belt B, its belt tensioner, its intake manifold, its fuel rail, and its throttles.

After building it, players must mount the new engine to the car by using the Engine Pulley. After that, they will re-assemble the rest of the car, starting with the suspension, the engine's gearbox and starter, wheels, radiator, electronics, including its relays and fuses, interior, windshield, rear clamshell, doors, fenders, lights, bumpers, hood, ends. and doors with its window glass.

Once they have done reassembling the truck, they can customize its paint in the Paint Shop, then they will align both of its lights and wheels, as well as subject it in a dyno test and tune up the gears in its gearbox.

Once they done with the necessary tests, they can now test drive their very own Ford F-100.