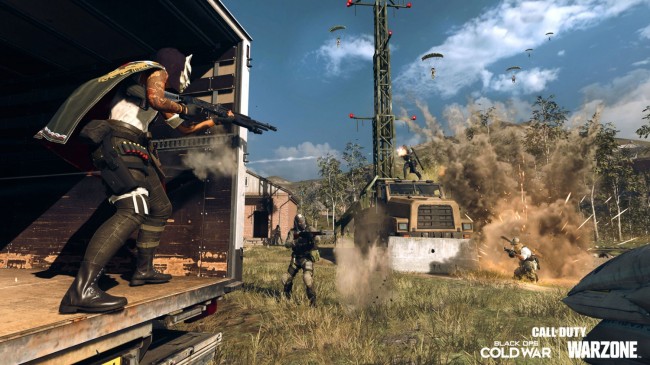 Activision announced that both Call of Duty: Blacks Ops Cold War and Call of Duty: Warzone will have their "The Numbers" event that will simultaneously happening in both of first-person shooting games.

The said seasonal event, according to Gamespot, will revolve around the mysterious Red Doors that is popping out of the Verdansk map in Warzone and the campaign in Black Ops Cold War that is focused on the Numbers, a military program that initiate brainwashing to several military operatives.

What's Inside "The Numbers"

The event, according to the patch notes for the games' Season 5 Reload in their website, will split into two sets of challenges. First, there are nine challenges in Warzone that will focus on the Mobile Broadcast Stations around Verdansk, the source of the broadcast that amplified the "Dragovich Program" tapes.

👉🏼 Here are all the CHALLENGES for the “Numbers Event” inside of #CallofDuty Cold War & Warzone!

The said tapes were used by Stitch in brainwashing soldiers, and it is up to the players to stop the said broadcast, as well as the villain's plans.

READ ALSO: 'CoD Warzone' Iron Trials '84 Guide: What's Inside? What Are 'Redacted' Weapons and How to Find Them?

The second set will be another nine challenges, but will focus on Black Ops Cold War's new maps and modes for the aforementioned season. This includes the new Zoo six Players-versus-six players (6v6) map, and the brand new Demolition game mode.

According to Express, players can complete these challenges during The Numbers event while competing in either Multiplayer or Zombie game mode.

A total of nineteen rewards will be up for grabs, including a new Sai weapon, which according to the patch notes, can be acquired by players if they will complete all nine challenges within either Warzone or Black Ops Cold War during the event period.

The said weapon, which is a dual-wield melee weapon, will be the first ever functional weapon to be awarded as a reward. Players who have this weapon can dish out swift and agile attacks thanks to its lightweight design, which is said to be suitable for taking out any zombies or other players.

The said weapon, according to Gamerant, is perfect for Kitsune, a new Operator that was released as part of the Season Pass for the Season 5 for Black Ops World War and Warzone last August, especially for her Ultra-rare Samurai Operator Skin, which can be unlocked if players complete the Tier 100 in their Season Passes.

Aside from the said items, several cosmetics and a new cabinet game for the players' Black Ops Cold War collection will also be up for grabs for those who will take up and accomplish the challenges during The Numbers event.