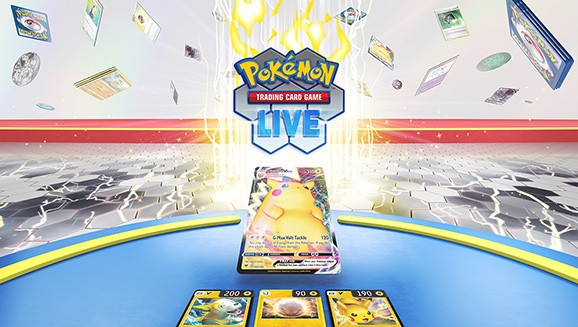 Pokemon Trading Card Game (TCG) Online, the multiplayer online Pokemon card game, will be receiving a facelift as it will become Pokemon TCG Live, bringing new features to its gameplay and player customization.

The said revamped game, according to Polygon, will bring newcomers of the card game, as well as its veterans, together as it will have the same rules and gameplay of those from its physical version, which is regularly updated with new sets, with Sword and Shield: Fusion Strike will be released this coming November.

As mentioned earlier, Pokemon TCG Live will bring both the newcomers and the veterans of the card game together. According to a post in the Pokemon website, the former will find the card game easy to learn as they slowly progress, while the latter will discover fresh new challenges to improve and test their deck-building skills.

Trainers, your next TCG adventure awaits!

Bring the fun of the #PokemonTCG to your home or on the go with a new, free-to-play app for PC, Mac, and mobile devices!

According to Nintendo Life, the game will also bring players from all over the world as it will have English, French, German, Italian, Spanish, and Brazilian Portuguese language support.

Like the old Pokemon TCG Online, Pokemon TCG Live will bring in the cards sets from its physical version, such as the Sword & Shield Expansion Card Set Series, as well as cards from the Sun & Moon Expansion Packs, from Lost Thunder up to Cosmic Eclipse.

These cards can be added in the game by either scanning code cards, purchasing in-game booster packs, and participating in daily quests, and can be used in building their own powerful decks.

Cards from the earlier Sun & Moon packs, as well as those from both the XY and the Black & White series, will be available once players transferred their profile in Online to theirs in Live, however, they will not be playable until future game updates.

The cards that will be transferred beyond the said limits will be instead converted into in-game currency which they can redeem and use for other cards and accessories.

Aside from the cards, according to Rock Paper Shotgun, players will also enjoy other additional upgraded elements in Live, including Ranked Ladder for Multiplayer mode, 3D player avatars, and Battle Passes, where they can also unlock cards and in-game items.

The downside of the game, however according to Gizmodo, is the fact that players will not be trading cards in the game as Live does not have a trading function. The in-game chat function, which Online had, has also removed in Live.

Pokemon TCG, according to Nintendo Life, is expected be rolled out "very soon." However, according to Polygon, Pokemon TCG players in Canada will have the first dibs of the game as it will launch a soft-launch there later this year.

The said launch will be first made in mobile devices like Android and iOS smartphones, and later a global open beta will be available for both Windows PC and Mac through Pokemon.com. This means that the game will be played on said platforms.

As for Pokemon TCG Online, its servers will be shutting down in preparation for its transition to Pokemon TCG Live.