'Fortnite' Patch 18.10 Update: How Long is the Server Maintenance, Fixes, Additions, and Other Things Players Could Expect 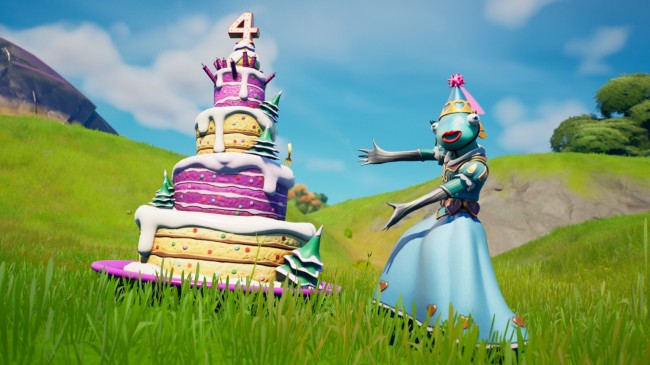 Epic Games announced that Fortnite will receive its Patch 18.10 Update, bring in additions and changes in the online shooting game. This includes a possible addition of a new consumable, which was first leaked by the game's dataminers on social media, as well as other possible bug fixes.

In order to implement said changes and fixes, the game will have its scheduled server maintenance. According to a Tweet from Fortnite Status' Twitter Page, the said server maintenance will begin in 4:00 AM ET (1:00 AM PT/9:00 AM BST). The game's matchmaking will be disabled 30 minutes before.

During the said server maintenance, players will not be able to get access to the game itself, and they will download the said update while waiting for its servers to be online again.

The v18.10 update is scheduled for release on September 28. Downtime will begin at approx. 04:00 AM ET, with matchmaking being disabled approx. 30 minutes before. pic.twitter.com/NcaFyLeJds

Speaking of the update's download size, according to Slash Gear, the said patch update will be larger than the usual updates, and it will be applied not just for PC Fortnite players, but also for those who are playing the game on their Xbox Series X|S, Xbox One, or Nintendo Switch. However, they did not specify how large the said update.

They must set their platforms, through their Settings, to automatically download the said patch update and install it in the game.

As mentioned earlier, Fortnite's Patch 18.10 Update will host several possible additions in the game. According to Slash Gear, the said patch update is rumored to bring in a new item called Chug Splashes, a consumable that might boost a player.

The said addition was first leaked by a dataminer on Twitter. According to the said Tweet, the consumable will heal a player's Health by 20, but it will not give a shield-like barrier once consumed. Also, the one who will drink this will have its speed multiplied by x1.4, which will last for a minute.

Aside from the energy drink, According to Heavy.com, twenty new Toona Fish color styles are said to be available after the patch update rolls out, which means that players will now have additional color palette options for this customizable Character Skin.

Several changes will also be implemented during Patch 18.10 Update, which was also leaked by said dataminers, including a big tweak in one of the game's Points of Interest (POIs), namely Steamy Stacks, as well as a new one for players to visit.

Aside from that, according to PCGamesN, the developers of the shooting game noted that there will be several adjustments regarding the XP earned in the Battle Royale mode during the patch update. They stated in a Reddit post that they further expand the details regarding said adjustment in their blog post regarding the update.

Fortnite's Patch 18.10 Update will also bring in possible fixes to bugs that might affect the game. According to Heavy.com, several issues that needs to be addressed includes an issue inside Discover user interface's scrolling and an issue where Crash site slip streams will not disable after hitting a storm circle.

Other issues that will possibly be fixed by the patch update issues regarding the Stage 2 quest "Stoke a Campfire" for Dark Jonesy, the game's Donation Boards, and issues that are affecting both the game's Creative and Save the World game modes.