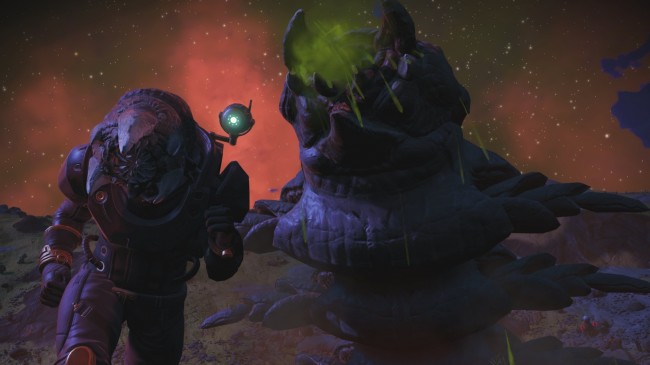 Space exploration has gotten even more spooky as No Man's Sky receives its Halloween-themed update in the form of "Expedition 4: Emergence."

Emergence, according to Kotaku, is the fourth ever Expedition that was released since the launch of said co-op game made last March of this year.

The said update has brought in new in-game additions, including a new creature that players could encounter, and can be caught for them to ride on, as well as Halloween cosmetics that they can have as they progress in the game.

Be afraid. Be very afraid. Emergence, the spooky fourth expedition for No Man's Sky, starts today — just in time for Halloween: https://t.co/ImcbTBGOlv pic.twitter.com/fXo43ruAp9

In Emergence, according to a post in the game's website, players will find themselves stranded in Wasan, a barren planet full of deserts and prone to dust storms.

The said planet is infested with Titan Worms, giant sandworms that they need to eradicate by destroying the Hungering Tendrils that are in their impact sites, "cleaning" the planet in the process.

Once destroyed, they will collect the Vile Spawn that will be lingering behind, which will unravel a dark narrative regarding a cult and how they plagued the planet.

At the end of their investigation, and with the evidence in hand, they will encounter the Atlas that they must defeat.

Not only that they will encounter the Titan Worms, but also its other forms which is enhanced with a variety of new biologies and types. Players can tame, feed, and ride on most of these sandworms, and they can also be their companions during their travels in Wasan. They can also train them to fly.

Aside from these additions, the said update for the game also brought additional gameplay features, including upgrades to the game's visuals.

It also gave players the opportunity to toggle the new Ghastly Trail customization option in their jetpacks' exhaust nozzles, making them emit an organic, gooey fluid effect every time they are flying in the sky.

The update also adds in the Flesh Launcher firework, which they can use to have add more "gore" to their pyrotechnic displays thanks to the splatter of slime, plasma, and maggots that it emits once it explodes.

No Man's Sky's Emergence update also comes with its Patch 3.70 Update, which brought several changes and fixes in the game.

According to vg247.com, the said patch update significantly improved the sandworms' geometry, texture, and particle effects.

It also improved the other particle effects in the game, including those for the weapon flashes of combat frigates, freighter explosions, distant laser, impacts, creature digging effects, Sentinel Walkers' landing effects, and meteors, including its impacts.

The said patch update also fixed memory-related crashes on the game's version for the Xbox Series X|S, as well as a rare crash issue that can occur when retrieving friend details.

Aside from these fixes, the patch update also fixed several snapping issues in the game, as well as other issued that might affect the gameplay.

READ ALSO: 'No Man's Sky' Patch 3.5 Update: What do Players expect in the 'Prisms' Update