'Fortnite' Patch 18.30 Update Guide: When, How Long Will the Servers Down + Things Players Could Expect 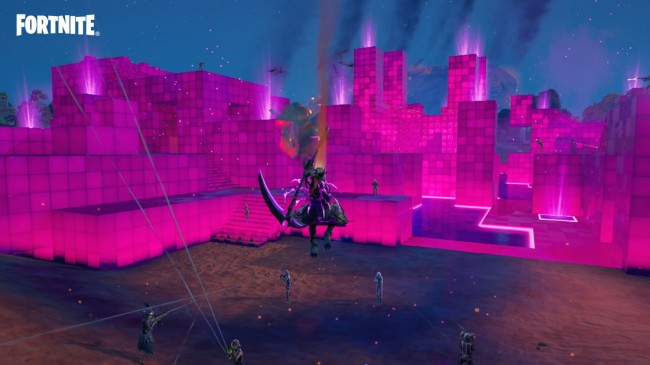 Fortnite will receive its latest Patch 18.30 Update, bringing in new additions to the game, as well as several changes to its gameplay and fixes to any issues and bugs that might affect it if it is not addressed.

The said additions from the update will focus on the remaining content from its Halloween-exclusive event, Fortnitemares, as its end will be near, as well as a possible new point of interest (POI), and other tweaks in the battle royale shooting game.

To implement said changes and possible additions, the game will have its scheduled server maintenance this October 26th at 1:00 AM PST (4:00 AM EST/9:00 AM BST).

Do you fight with force… or with groove?

The v18.30 update is scheduled for release on October 26. Downtime will begin at approx. 4 AM ET (08:00 UTC), with matchmaking being disabled approx. 30 minutes before. pic.twitter.com/CNQZaBdstB

According to RealSport101.com, the said server maintenance will last for one to two hours, while its matchmaking be disabled thirty minutes before that.

Players will not be able to access the game during that period, and they will wait for the said update to download. Once the said update rolls out, and the servers are online again, they can now log-in to the game and see changes and additions made.

As mentioned earlier, one of the possible additions that the Patch 18.30 Update bring into Fortnite is the added content for its Fortnitemares event.

According to Heavy, several leakers of the shooting game said in their social media post that new skins from the said event will possibly rolled out. Aside from that, a possible cosmetics set that focused on the Cube Queen will might be released.

Before this, Fortnite has teamed with the Resident Evil series to bring in both Jill Valentine and Chris Redfield to game, along with other items that are themed after several elements in the horror survival game.

Another possible addition to the game is the formation of a new POI in a form of The Cube Town. The said POI was first leaked also by leakers when the game's previous Patch 18.21 Update is rolling out at that time.

According to Charlie Intel, said leaker revealed that The Cube Town might slowly turn into a Pyramid. It was after a phrase "Pyramid Tip" was seen in a string in the Cube Queen's effects after it was datamined. It also revealed that she will be holding a pickaxe with lightning effects around her.

Another possible addition to the game after the update rolls out is a new weapon, which according to PCGamesN, developers are teasing. It is after they posted a choice between "fight with force" or "with groove" in their Tweet regarding said server maintenance.

This might indicate that a possible new weapon to the game might either be a combat shotgun or a boogie bomb, both of which were vaulted by Epic Games in Chapter 2 Season 5.

Aside from the possible additions, the Patch 18.30 Update will also bring in possible fixes to bugs and issues within Fortnite. According to Heavy, the said possible fixes were first revealed in the game's Trello board.

In the said post, the said fixes include one for an issue where using the "Smash Attack" ability with the Sideways Scythe may result in fall damage, as well as a bug where the red dot indicator no longer shows on compass when the enemies are firing.

The said update will also fix an issue where an error message will appear when players are trying to equip certain color combinations to a Tricksy skin, as well as an issue where trees will not appear on Creative's Island Map, and a bug that causes players to get stuck inside the Lab Dungeon's vault door in Save the World.

Other fixes that might applied in Fortnite after the patch update include a fix to an issue where Wolverine's built-in Emote will not work correctly, as well as an issue where multi-selecting and moving building to prop pieces in Creative will cause consistent misalignment, and other fixes for issues regarding Save the World.