Predicting the Next Social Game Sensation: How Coin Master Took Us By Surprise 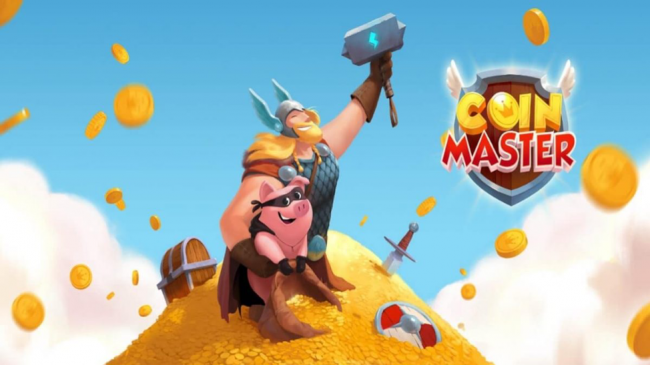 Every once in a while, a mobile game comes along and dominates the market, not just for games but for app downloads and revenue. First there was Bejeweled, then came the social games phenomenon Candy Crush, and more recently, Fortnite has been the go to game that had everyone talking.

The latest game is something that might not have been so easily predicted, but now is hitting record figures, dominating several international markets, and is ALL anyone is talking about. We are, of course, talking about Moon Active's hit game, Coin Master.

Millions of players in the US, UK, Germany, and India have been downloading the app and sending it to the top of the charts. Here we take a look at who is playing Coin Master and what makes it so entertaining.

The gameplay for this popular app is social and interactive, which is perhaps the main reason it has struck a chord with so many people. You can play with your friends. That means sending each other things in the game, trading cards, and even raiding each other's villages.

In addition to coins, there are raids, shields, and attacks and even a village building element to the game. Coins are used  to build up and improve your village. The better your village, the more stars you get. The shields are used to defend your village, and you attack and raid other villages to get more coins.

Players are also awarded more spins, hammers for raids, and shields for protection.

There is a wide range of fun and wacky characters in the game. You're a Viking in your village,  but you could encounter a warrior, a wizard or a queen in one session. Your character can collect pets with different abilities that help you throughout the game.

Coins can also be used to open chests, and there are three different types to choose from, each one containing varying amounts of collectible cards. You can trade them with your friends or keep opening chests until you complete a set of cards. A complete set of cards will win you more spins and help you move on to the next village to build.

What Makes It A Success?

The game's graphics are bright and fun, which is enough to catch anyone's attention from the start. There are fun seasonal themes to the game, for example, if you want to see a Viking in a Santa outfit, be sure to check out Coin Master in December.

Once you've earned some coins and stars, you'll be hungry for more and just want to keep going. Additionally, there are games within the game. Although the concept is simple and can get repetitive, there are missions to complete and special events that keep the game fresh.

It's understandable why players can enjoy Coin Master for hours on end, and get all their friends involved as well. Getting in on a trend that everyone else is enjoying accounts for some of the success, but we also know that people love a good time filler for their commute.

You know a game has made it when the internet is alive with chatter about tips and tricks. With Coin Master, it's about getting coins, and improving your performance, and, of course, strategies and cheats do exist.

One key area of focus is collecting the rare cards to complete your set. There are also gold versions, which cannot be traded unless there is a gold trade event.

The Recipe For Success

Having summed it up for ourselves, we can see how combining different game elements is a good starting point. Moon Active took us by surprise with Coin Master, but we'll be on the lookout for the next big hit, while still following this trend-setting game.

We've noted the key ingredients that make Coin Master a recipe for success. The game straddles several categories; it has a social play aspect, several elements like pets, characters, cards, coins, and stars, the timing element of trade events and free spins, as well as being a builder game. Appealing to the sense of the familiar while adding something new is sure to feature in the big hits of 2020.