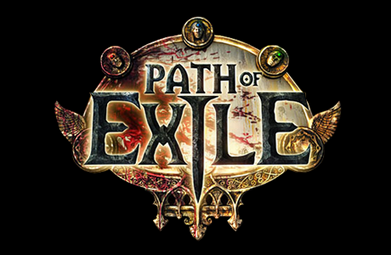 Among all of the classes in Path of Exile, the Necromancer is perhaps the most interesting. This is because of their ability to summon the undead to do their bidding. The class has recently experienced a surge in popularity thanks to the strong spells. On top of that, it's also great for farming PoE currency like PoE orbs. In this guide, we'll be talking about the general overview of the Necromancer, its leveling system, and more. If you're interested to know more about this unique class, then read on!

General Overview of the Necromancer

The Necromancer is one of the three Ascendancy classes for the Witch. This type of class revolves around controlling the dead (skeletons) and the undead (zombies). Since they have the ability to command these two types of minions, they're great for builds whose strategies revolve around minions such as enhancing their attack powers, corpse-based skills. Necromancers also don't have skills that can be used for their own benefit. All of their skills, including minor ones, are concentrated on building up their minions. All in all, the Necromancer's specialty is nurturing zombies and skeletons to become strong enough to be able to defeat enemies.

How Do I Level Up Quickly as a Necromancer?

To level up quickly as a Necromancer, we recommend that you invest your skill points in Raise Zombie as soon as possible. The Raise Zombie is perhaps the simplest skill in all of the Necromancer's kit as it allows you to raise a zombie minion from the ground up. It is a base active skill gem that you will need to put into a socket before you can actually use. The zombie that's been spawned can either follow you around or attack nearby enemies. By investing in this skill, you'll be able to dish out heavy damage on a single target right away. Pair it with the Necromancer's passive skill, Minion Damage and Life, and the sustain of your zombie will last longer thanks to the 10% increase on the zombie's health bar as well as a 15% increase for its damage.

Pros and Cons of Being a Necromancer

The great thing about the Necromancer class is that they're great boss killers compared to the other Ascendancy classes. This is thanks to the power and defense that the skeletons and zombies will have because of your passive skills. And most importantly, they're fun to play! Who doesn't like being the master of both the dead and undead? Granted you won't have all that much to protect yourself since a Necromancer's priority is to spawn these creatures, but they can aid you in protecting yourself.

The only negative aspect about being a Necromancer is that you need to use more than a skill or two for your minions to actually deal considerable amounts of damage without dying too soon. Your minions are weak, especially at the start. To become efficient, you'll have to press a ton of keys on your keyboard and activate your skills. You'll also have to rely on certain aura bonuses that can either affect your minions or enemies. You can pick either the temporary or permanent aura buffs/debuffs.

And that's all there is to know about the Necromancer class! We hope that you've learned a thing or two about Necromancers and why they're great for farming PoE currency and PoE orbs. There are more than 10 Ascendancy class in Path of Exile, which is the one that you'd like to master next? Tell us all about it by leaving a comment down below!