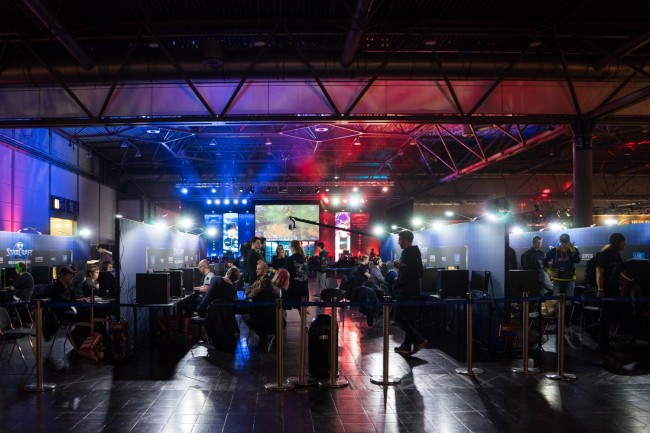 Up and down the UK, gaming conventions are making appearances like Goomba in Mario. Unlike those little mushroom-like creatures that appear everywhere charging towards you at any given opportunity, these conventions offer hours of fun and enjoyment, celebrating some of the greatest games ever made. From board games to consoles, we take a look at some of the must-visit gaming conventions around the country.

From 13th - 15th March Harrogate Convention Centre will host AireCon. With a great range of exhibitors and demos happening across the event, there's something here for everyone. You may even have the chance to play games that haven't even been released yet. It will also have a 'bring and buy' for you to swap out any old games with a few new purchases. There is a huge game library where you can borrow games too.

Europe's biggest indie gaming night is returning to the Tobacco Dock, London on 26th - 28th March where hundreds of screens will feature the very best console and PC games. Those who visit will be lucky enough to play games, weeks or even months, before they're released. Visitors will also get to see presentations by world-famous game designers and much more. Check out hotels in London to make the most of the three-day event.

Taking place at the NEC and Hilton Birmingham from 29th - 31st May, the UK Games Expo features an abundance of things for lovers of table-top games. Take part in open gaming (find a game you like, find some friends and get gaming), play test (play tomorrow's games today), bring and buy (find a new game to take home, or sell some of yours to make a bit of cash.) There is also a range of exhibitors showcasing what they're up to, sharing new ideas and what to look forward to in the future.

The Leeds Marriott Hotel and Leisure Club will be hosting the Leeds Anime and Gaming Con from 14th - 15th March. As well as a whole host of amazing games, from board games to PC and consoles, expect challenges, cosplay masquerades, expert talks and so much more.

Can't get to Leeds in March? Then don't worry; Manchester Anime & Gaming Con is on the 4th to 5th April at Sugden Centre. Then there is one in Birmingham from the 2nd to 3rd May, Liverpool from 13th to 14th June and Cardiff from the 15th to 16th August - no one will have to miss out on the fun.

Whether it's up north in Leeds or down south in London, there are so many gaming conventions to check out this year all around the country. These are set to provide days of fun for the whole family.