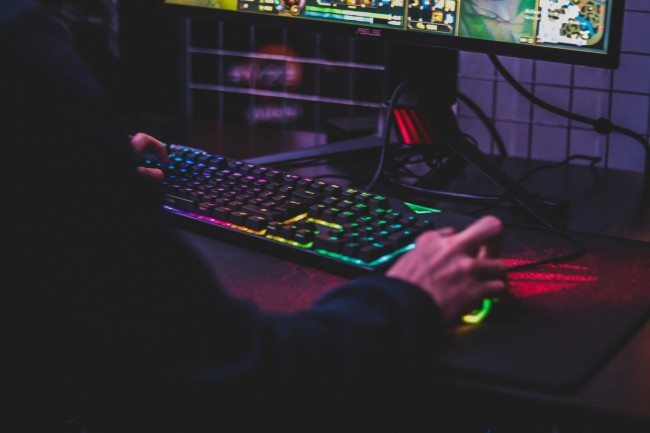 As far as first-person shooters go, the DOOM series murders the competition (pun intended). For those of you who haven't had the sheer pleasure of sitting down and enjoying an hour or two of slaying demons, let's give some backstory.

In the very first DOOM, you play as a disobedient space marine who's sent to a radioactive facility on the planet Mars. The facility has become overrun with alien creatures from Hell.

How in the HELL did they get there, you may be asking? Well, this particular radioactive facility has been conducting experiments involving portals that allow people to travel all over the galaxy - thus allowing hordes of space monsters to terrorize at will.

The space marine ends up as the only one left on his squadron. If that's not enough, he cannot get off of Mars either. The only option is to arm himself with an arsenal of the toughest weapons he can find and go to war. He must prevent the aliens from reaching Earth. Annihilation is the only option.

The next chapter in the ongoing story of mess and mayhem will be releasing March 20th. Let's see if the game that started it all is even worth a play 27 years later.

As soon as you load up the game, you're met with a big hand holding a gun pointing out in front of you. Your character only has 50 bullets left, so you mustn't waste any time looking for more. The game controls move and feel fast. Almost like you're walking on air, but it's not as peaceful as it sounds.

With a game like DOOM, you want to feel heavy boots on the ground as you stomp from room to room, slaying and looting. The game has thankfully evolved over the years, but this version feels frantic and frenzied.

Depending on the difficulty level, you barely have to aim at enemies and you'll get a kill shot. As you advance through the various levels, more enemies show up, and it becomes harder to find ammo. The general gameplay feels like it's being "sped up" without any way to control it. When it comes to video game making software, we've come such a long way.

In 2020, the DOOM 1993 title screen looks like a retro lover's dream. The loud colors mixed with the image of a grainy ultra ripped space ranger in front of a classic looking large title.

Starting the first level, the visuals are cleaner than expected. The organized inventory screen lays horizontally across the screen as you slay demon after demon. The animation that occurs when you shoot a bullet almost takes up the center of the screen and is inconvenient when attempting to battle a horde. The colors are dull, and blood kind of looks like pixelated tomato sauce, but hey, it's retro.

The simplicity of shooting enemies, gaining health and ammo, and attempting to survive to the end of the level will never go out of style. The DOOM series encapsulates everything a gamer needs. A simple shoot out in a cool setting. Formulated for any gamer, varying difficulty levels, and retro animation. Is the first DOOM still playable? I'll leave that up to you.