Video Games of the Future Will Create Themselves with AI Help 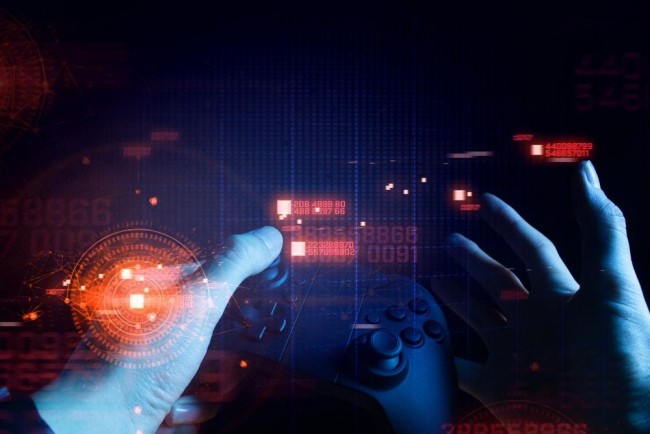 Technologies based on AI are beginning to go beyond experimental laboratories, integrating into gaming products and development tools. Until now, AI was not represented in commercial game development to the full extent, even though some of the advances in artificial intelligence came precisely from AI training in video games. It is enough to recall the projects DeepMind AlphaGo and bot OpenAI Dota 2, which can compete with professional players and win.

Still, there are the risks, connected with rapid evolvement of AI, which are represented in access to gamers' information, sensitive data leaks, and enlarging ways of virus infectioning. So, before asking yourself Is TotalAV better than Avast?, learn a bit more about the antivirus solutions which work on the base of AI engines.

We can already see a more exciting future on the horizon, where developers will get tools capable of automating the creation of complex games, where algorithms can change and respond to player actions, and game characters can evolve as the player spends time with them. It sounds fantastic, but it's much closer to reality than we might think.

In order to better understand how AI can communicate more closely with video games in the future, it is important to know the common history of the two areas - game developers were engaged in the creation of software that acts like a person, as well as software capable of automatically generating virtual worlds according to the specified rules.

It is overwhelming how the industry evolved from Pac-Man to the universe-building algorithms. They were the basis for creating the games' procedural generation concept. And then, the developers found new and extraordinary ways to use AI.

Still, at the particular point of this game's evolution, the developers started to apply that kind of AI we couldn't consider as intelligent.

Think of the difference between, say, the humbs you encounter in the Super Mario Bros. game and the particularly difficult nightmare boss in RPG Dark Souls 3. Crawler Dead Cells, which used the same technique enough to change its level design at the moment of playing. However, the difference between these old classics and new titles isn't as dramatic as it seems.

The Dark Souls game is so tricky because of bosses, who not only have lightning-fast and accurate moves but are programmed to foresee some general players' mistakes. Still, even in this case, most AI opponents can still be defeated by a player who is attentive enough to discover patterns and adapt to enemy tactics. The lack of major, notable leaps is connected with the fact that the basic AI that controls the behavior of these virtual entities - and the tools that control procedural AI generation - were not changed dramatically with time.

Still, the main goal of AI in the video game industry is not to create some more fascinating, realistic, and dynamic game processes. The developers mostly use games as a test polygon to measure software's "intelligence level." With its strict code and rules, the virtual world, along with the reward system, is an excellent AI training environment.

In the near future, the developers hope that in the course of training software to play games, the new means of AI complex task completion will appear. We need a type of game AI that can perform tasks similar to those achieved in learning to recognize objects in photos and the area of translation to different languages.

But there is a good reason why even the most recent high-budget games using the most advanced tools and technologies do not use such modern AI. The fact is that a self-learning neural network is likely to make most games non-playable, either because the game process itself will be too unpredictable or because AI will behave in a way that the narrative component will be lost.

Game development mostly focuses on predictable game actions. Of course, it is entertaining when AI does something unpredictable; yet, the players will not be satisfied with such a game.

Nowadays, the most rapidly developing trend in game design does not lie in the frame of AI, but rather in the creation of complex systems of interaction with NPC, which lead to unexpected consequences. In Dead Redemption 2, for example, players are allowed to interact with non-playable characters in a variety of complex ways that cause different reactions depending on what 's on you, whether there 's blood on your clothes, etc.

The use of artificial intelligence to create a sense of realism while not destroying the narrative of the game is the "immersive world view" that most developers are now trying to achieve. Again, the goal is to try to achieve some unprecedented level of human intelligence but to create an experience or world that engages and stimulates players in a way that would only be possible in the real world.