The 2019 was a Historic Year for Prize Pool in eSports 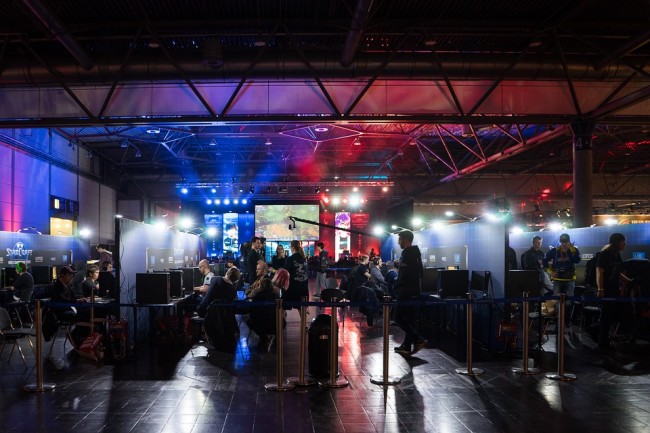 We live in a technological world, and this has manifested itself through the rise of eSports. These games are no longer played by nerds and jocks, but have grown into one of the most innovative and popular form of sports, as portrayed in this infographic.

The amazing thing about eSports is that it has advanced to become part of mainstream society. Students compete in college leagues and can earn degrees in the field. There are sites and blogs dedicated solely to eSports. There are even professional sporting leagues offering eSports, which has become an incredibly lucrative endeavor. This was seen in 2019 when the total prize pool at a single event exceeded $34 million for the first time in eSports history.

The Pot Is Full

When eSports first became a "thing," they were generally fringe events. As recent as 2010, the total prizes awarded in these events fell just short of $5.5 million. This came from top-tier events that included such popular games as Counter-Strike, Halo 3, StarCraft 2, StarCraft: Brood War and WarCraft 3.

Amazingly, just five years later that total prize amount would top over $45 million, more than eight times the total amount in 2010. Now those numbers seem dwarfed by the total prizes that were awarded in 2019. In fact, at the International 2019: Dota 2 Championships, the total prize pool awarded exceeded $34 million, with the OG team winning $15.6 million. Five teams competing in the championships won more than $1 million. This made the 2019 event the highest prize pool awarded in eSports history. One can see how these prize pools have grown by viewing the graphic by Ken Johnson.

It's in the Games

The majority of the most lucrative prize pools have come in specific game events. Dota 2 has dominated these competitions for five years, providing a total prize pool of more than $125 million, starting with a total of $18.5 million in 2015 and reaching just over $34 million this last year.

However, they are not the only game in town. The Fortnite World Cup Finals 2019 awarded prizes of over $15 million in both the solo and duo events. Over 100 competitors participated in the solo competition while 50 teams battled in the duo. The winner of each of these events pocketed a cool $3 million.

It is three games that have dominated these competitive championships: Dota 2, Fortnite, and League of Legends. Of the 50 highest prize pools of all time, 34 have come from competitions related to these three games. It is the popularity of the games that has helped to drive their success.

With each passing year, the number of competitions increases as well. From 2010 to 2015, the eSports industry saw the total number of events triple. In addition, the average prize at competitions has increased as well. This has led to a number of competitors become quite wealthy almost overnight. In 2010, average competitor at these events took home about $2000. Five years later that number had nearly tripled.

Today, the average competitor earns between $3000 and $5000 per month and most often receive bonuses exceeding $15,000 per competition. This goes along with the fact that most of these competitors receive full benefits, including health insurance and retirement plans.

Currently, Johan Sundstein holds the mark as the highest grossing competitor of all time, reaching almost $7 million in his 108 tournaments that he has participated in. He just barely eclipse Finland's Jesse Vainikka, who has earned $6.47 million in 64 tournaments.

These events would not occur had it not been for the sponsorship deals in place. Major global brands have now become a significant part of the eSports world. It is estimated that of the $1.1 billion in revenue that eSports received in 2019, $456 million came from sponsors. Add in digital streaming, media rights, and merchandising and ticketing and it is easy to see why this is becoming such a booming industry.

A lot goes into putting on one of these tournaments. With broadcasters, social media experts, event managers, writers, and other media, eSports tournaments have become like any other major sporting event. It is no wonder that they are drawing major sponsors, such as Audi.

As successful as eSports has been in growing, 2020 is likely to be a tough year for the industry. With the global pandemic, major events and tournaments have already been canceled or postponed. This will likely make it a down year in terms of total prize pool. However, as the Covid-19 virus subsides and countries get back to normal, expected that 2021 will be a great year for the industry.