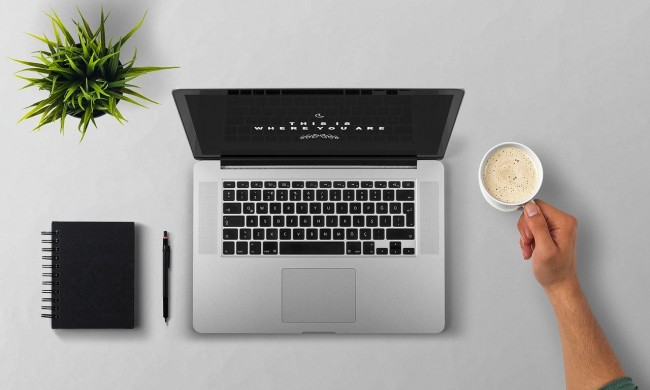 When it comes to gaming, performance is everything and even if a laptop has a heavy price tag, it doesn't mean that it is better than a cheaper one. If you are new to gaming or are making a switch from a console, you might not be sure whether windows  or Mac is best for gaming, so here we break it down for you so you can make the best decision possible when it comes to buying a new gaming laptop.

Windows have been in the gaming industry along time and because of this, games are always optimised for their software straight off the bat. Due to this, you also have an extensive back log of games that you can use on your windows laptop. Apple are relatively new to the gaming front and as of yet, aren't being taken as seriously by developers. Whilst new games are slowly beginning to be optimised for Apple, it is not happening quickly, and it will take a few more years for it to become the norm. You also don't have the option of a back catalogue, which is something that windows does have, so your game choice is very limited.

Windows gaming laptops are modular by nature. You are able to buy a basic laptop shell and then fill with exactly what you want to optimise it for game play. This is something that you can't do with Mac's to anywhere near the same degree. Whilst you have the option to upgrade a few items in MacBook's, you are looking at serious money to be able to do this. You are also very limited in what you can put them in, as their design limits too much increase. Windows laptops have a lot more freedom in what you can increase and decrease and there is also a wider range of upgrades available. This is because the gaming industry is so well established with Windows, that is has had the time to innovate and create amazing additional hardware such as GPU's and CPU's that will give you better game play. It is these will allow you to play more games at high performance and this is an area where Apple can't compete with windows.  One of the reasons that you will struggle to game as well on Mac as you would a Windows Laptop, is partly due to the design of the Mac. Because they are so design oriented, their software optimisation is amazing, but this is at the cost of hardware. The entire ethos of Apple is sleek, compact design and gaming simply doesn't fit into this trend currently.

This may sound ridiculous and not something that a lot of people consider, but game play gets laptops hot, like really hot, so hot in fact that it can damage internal components if it isn't managed correctly. If you look at a MacBook, you'll notice that there aren't any fans anywhere on the unit. This means that when you run games on Mac's especially ones that require huge amounts of processing power, they can overheat and damage the laptop. Window's laptops have fans that can be easily upgraded and keep the laptop cool, this way you wont damage any of the internals.

Another big factor when you are looking at gaming laptops is cost, especially if you are new to this and wanting to make the switch. MacBook's are notoriously expensive, even the lower end and lower specification models are more expensive than the middle to top of the line windows gaming laptops. Even if you do have the money to spend on the top of the line MacBook pro, chances are you won't get the same level of performance if you were to spend the same amount of money on a windows gaming laptop.

Currently, there is no contention between who provides the better gaming laptop. Windows still remain the crowning champions of gaming products, simply because they have been doing it for so long. Games are automatically optimised for their systems, giving users an array to choose from. Apple is relatively new to the field of gaming and they are still lagging well behind Windows. This is in part due to their design ethos, which focuses on sleek, smooth design which requires incredible software optimisation rather than a lot of hardware. If you are moving from a console to a gaming laptop, then the choice is easy, for at least the next five years, it will be a windows laptop.

Microsoft's 'Windows 11' Preview Leak: What Does New OS Look Like, Will it Be ...

'Safari' Extensions on iOS15 Guide: How to Install, Manage the Extension in your...

'Fortnite' Season 7 Week 1 Quest Guide: How to Clear all of the Legendary ...

Fortnite 'Foreshadowing' Quest Guide: Where to Locate the TV Sets Within the ...

Nintendo Switch 'Patch 12.0.3' Update: How Will You Download This Switch System ...

Apple's 'Facetime' Coming to Windows and Android: How Can You Get It

Google's Warning Over Passwords: How to MakeThem Stronger

Final Fantasy VII Remake Intergrade: What Players Will Get, How to Pre-Order

'Clubhouse' Social Media Link Guide: How to Link the Invite-Only App to Your ...