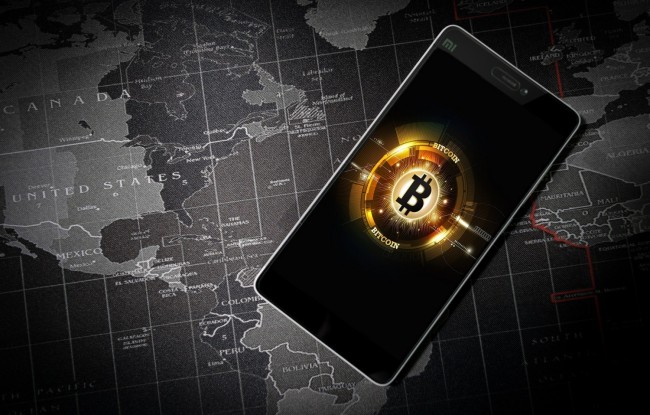 Bitcoin has become the new mode of digital currency of the 21st century. After the inception of this digital currency it has undergone various controversies all over the world. But with time, the demand for this currency has increased a lot in the global economy.

The absence of a middleman and any central financial regulatory body makes it a controversial concept. It is our common human nature that we do not like to accept change in our lives. But the matter of fact is change is an inevitable truth that you cannot deny.

Due to the current pandemic situation, bitcoins' demand has increased a lot in the global economy. Governments of many countries are making efforts to increase the circulation of bitcoins in their respective countries.

Reasons for the rapid spread of bitcoins throughout the world: -

There are multiple reasons for the rapid spread of bitcoins all over the world. Therefore, let's explore each reason to get a better insight into this fact.

To make it available for the general public, governments of many nations have installed bitcoin ATM's. Thus, it added to the spread of bitcoins throughout the world.

●      Liquidity rate of the bitcoin increases: -The price fluctuations of the bitcoins occurred in previous years due to the low liquidity rate. The current situation is quite different from the previous one. Many financial players and institutions are involved in bitcoin trading.

●      Media hype: - The media hype on the bitcoin trading benefits increases the purchasing pressure of the bitcoins. Increased media coverage pushes the prices of bitcoin and makes it rise faster.

Increased media attention on bitcoin fueled the spread of bitcoin popularity all over the globe. The media's attention is also one of the dominating factors for spreading bitcoin all over the world.

●      Adoption: - The adoption of bitcoins by significant retailers and investors increased the spread of popularity for bitcoins. Currently, banks and many financial institutions are interested in investing their money in bitcoins.

When many financial instruments for the bitcoin trading were approved, it was added to boost up the circulation of bitcoins.

Hence, very soon, the bitcoin market will become the prime trading zone for financial investors. The best part of it is its financial transparency and better control.

●      Growing distrust in currencies: - Currently, investors are losing faith in currencies and banks. This growing mistrust provoked the people to search for the next best investment alternative. Hence, investments in bitcoin are the best alternative for them. Due to this factor, the spread and the demand for bitcoins have increased all over the world.

People feel confident in making investments in bitcoins. The current market scenario also increased the demand for bitcoins due to the CORONA pandemic's presence.

Hence, the upcoming year the world will witness a rapid change in the trading industry, and investors need to stay updated for that.

Hence from the above discussion, it has become clear that the core reasons for the spread of bitcoins worldwide. But the matter of fact is how much ready you are in accepting the change. If you have found it possible to trade in bitcoins, you can click here to visit site. More options are there but choosing the best option is the correct decision. In the coming year, you can gain more if you choose bitcoins as your primary investment tool.