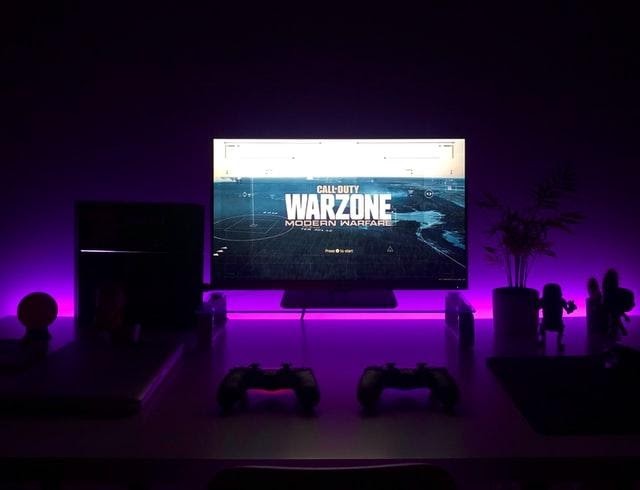 (Photo: Best Guns You Can Use In COD Mobile )

Call of Duty: Mobile is becoming one of the most successful games in the world of mobile gaming. It is a free-to-play shooter game that is built for Android and iOS and is known for its highly competitive gaming battles and modes that will make you sit in front of your smartphone screen for hours. Developed by TiMi Studios, the game successfully made around 250 million downloads in the first half of the year 2020 and around $237 million revenue by the same time.

You can play the game as a ranked or unranked played in multiplayer mode. You can use Credits that you can earn by playing the game and COD Points which the player has to buy using real-world money. You can also play the game without paying however, there are some exclusive characters and weapon skins and other alterations according to your liking can be done using these points as well. The game features some special and limited multiplayer modes that you can access and invite other players. These might last for several days, weeks and even the entire game season. One of the most attractive features that the game has is the weapons that you can use. Of course, the ass-kicking weapons are the key and the backbone of the game. The game has some long-range weapons, close-combat weapons and other gadgets that you can carry in your arsenal. You can see different competitions on Spectrum basic cable where you can see all your favorite COD Mobile gamers in action. Also, many of these guys stream the game on YouTube as well. Without waiting further, you can have a look at different guns used in the game:

This is an assault rifle that comes with very high damage and a medium fire rate. You can expect a high accuracy kill shot when you are using the rifle and low recoil. You can use the weapon to fire the target that is present at almost any range. Overall, this is a good weapon to use and it might not be a wrong thing to say that this is one of the new best guns of Season 8.

This is a semi-automatic assault rifle that uses burst fire and it is a good idea to use the burst fire to kill an enemy present at a close range. This might prove to be effective enough as the weapon can get you a kill shot with good accuracy. However, the M!6 is a risky weapon to use as it gets you to kill one enemy if you land all the bursts on your target.

This is an assault rifle that is capable of causing some serious damage to the enemy with high accuracy and provides the highest mobility. If you are looking at a target that is at close range and an enemy that is present at a far off location, you can get a close and long-range shot at the same time using this weapon.

The BK57 Assault Rifle might not be a very good gun if you are someone who is looking for damage that gets around 42. But it is the most balanced assault rifle. The gun gets users enough movement to sprint and when they respawn. This gives the player a bit of an edge when using the gun in the multiplayer mode. You can use skins like Wasteland which increases the weapon's firing range. Apart from that, different attachments increase the weapon's efficiency as well.

The Cordite is an SMG that has high damage, faster fire rate, offers high mobility and great accuracy in combat. This is a versatile weapon and gets more badass when it comes to performance, accuracy, range, recoil controls when you add attachments to the weapon. The only downside of Cordite is that you can experience reduced mobility which might not help you much in multiplayer mode. Using the Zero G gets you added bullets into the clip when you go for a double kill. You might be able to see kills broadcast with effects. Also, using Zero G might get the enemy sucked away by a black hole when they get killed.

You can use these assault rifles and SMGs and many other weapons that might help you rise to the top of the scoreboard in COD: Mobile. However, you can experiment using different weapons and gadgets to strangle the enemy out of their holes and drag them to the pit. You can even use some high-end attachments and add skins to your weapons to use added capabilities and get more accurate kill shots.

Caroline is doing her graduation in IT from the University of South California but keens to work as a freelance blogger. She loves to write on the latest information about IoT, technology, and business. She has innovative ideas and shares her experience with her readers. And she is currently associated with "buytvinternetphone.com" as a content writer.