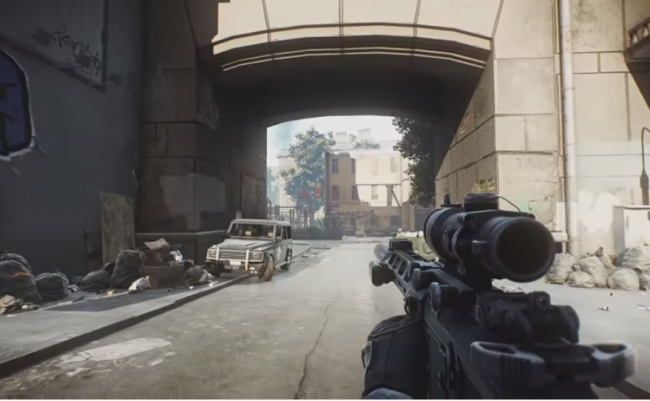 If you're a fan of shooting games, you may have come across Escape from Tarkov (EFT) at least once whether or not you've tried it. It's a brutal game with some hardcore shooting in it which can be rewarding for some gamers who enjoy hyper-realistic gunplay and tactical teamwork. But it's certainly not everyone's cup of tea.

BEAR & USEC are the two factions in this role-playing game in which you must confront the AI & human-controlled players across a variety of maps in Tarkov and survive raids. If you're just starting it, getting on with EFT can be a struggle, especially if you've never played akin games before. Even the most experienced gamers become thwarted with its super unfriendly raids, lack of gears, and tutorials. The good news is, you can conquer it with the help of eft hacks pretty easily without being disheartened and giving up so early. Here we've listed some essential hacks for you to get a grip of the game quickly and successfully.

Map: If you've spent some time with any FPS game, you'd know the utmost significance of the map. It is usually the most important element in any shooter game and that's no different in EFT. Learning a map's PMC and SCAV spawns, extracts, loot locations, and stashes is the best way to survive in EFT. The characteristics of the game dictate that you're going to get lost a lot while roaming. So, learning one map and sticking to it is one of the greatest tricks you can pull off here. Also, don't forget to double tap 'O' to see the raid's countdown and your extracts while in a raid. This will give you an idea of how long you can wander on the streets before getting out of there.

SCAV: Using SCAV runs is a great way to save money at the outset. As you are not risking any of your gear, whatever you make it out of the raid with is your bonus. You can even see some of the best gears that your SCAV will have while in the main menu and since AI SCAVs will not shoot at you if you don't fire at any other SCAVs, avoid engaging any SCAV during your runs.

Insurance: As you start to use your own gear as a PMC in a raid, make sure to insure it. It's not only inexpensive but also it remains insured until you die with it. Moreover, insurance is quite effective when you aren't using top-dollar gear. So, when you die, other players will be much less likely to take your gear and if no one picks it up, it'll return via Prapor or Therapist in the next day or so.

Profit: Each map on EFT has a few different extracts which will be provided to you according to your raid. Some of these extracts are always open while some are only open at certain times. These extracts are time, cash, and item-sensitive, so don't bank on them if you need to escape quickly. Speaking of which, you may also need to remember that the items you're looting and putting in your safe container don't always have the values that you expect. So, be smart while picking up the loots.

Ammo: It's important to know that only ammo deals damage and not the weapons themselves. Also, ballistics in EFT is a bit complex, so bring only what you need to a raid and plan your gears carefully. When you're just starting, medical supplies and armors will give you more utilities than a second weapon. Be sure to upgrade them from time to time as you progress through the game.

Health: Depending on your finances, you can purchase several different medical supplies to keep you going in the field. Try picking up a CMS or Survivor Kit along with your usual salewas, splints, and painkillers. It's a good strategy to bind meds to hotkeys for jumping into your inventory mid-fight to stitch your stomach back up isn't very helpful. This can mean the difference between life & death during firefights.

Keytool: Keytools drastically alter how you can play the game as these are your gateways to better loots. They take up only one space holding up to 16 keys, so you can take nearly every key for a map.

Signs: You should be aware of the signs while playing EFT. For instance, you can identify player SCAVs by their pouch, wiggle if you're friendly, and recognize the bosses (heavily guarded and armed to the teeth) which would help you design your next move.

EFT is gaining popularity day by day as it's a game for a very specific FPS game loves and these shooters belong to an elite level. With eft hacks and these schemes above, you can also conquer this epic game and become a master of warfare shooting.