'CoD' Account Banned For No Reason? Here's a New Guideline Every Player Needs to Check 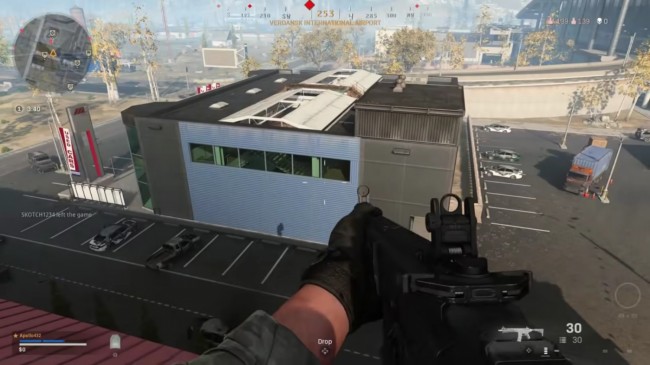 If you think your "Call of Duty" account has been banned for no reason, think again. You must have done something that is against the game's policy. Activision announced that over 350,000 Call of Duty player accounts were banned from playing titles such as Black Ops Cold War, Warzone, Modern Warfare, and Call of Duty: Mobile over toxicity and racism reports.

In a report made by the game developers through their website, they said that over the last year, their anti-toxicity, enforcement and technology teams received player-submitted reports of toxicity and racism, which included players having either offensive user names or having toxic behavior in chats. They also did an extensive review on the game's player-name database to back up these claims.

Activision said that they addressed said reports as their commitment to deliver a fun and safe space for all of its players. "We are committed to delivering a fun gameplay experience for all of our players. There's no place for toxic behavior, hate speech or harassment of any kind in our games or our society. We are focused on making positive steps forward, and together celebrating the best fans in the world," they said.

We are committed to delivering a fun gameplay experience for all of our players.

Learn more about our continued efforts against toxic behavior, hate speech and harassment of any kind across #Warzone, #BlackOpsColdWar, #ModernWarfare and #CODMobile.https://t.co/mBdPVnITix pic.twitter.com/1sBABeH6FY

Not The Only Proactive Move Made

The banning of over 350,000 Call of Duty players is not the only proactive move the game developers did to safeguard and moderate said safe space for their players. In an article made by Polygon.com, they banned over 50,000 accounts from their Battle Royale-esque Call of Duty: Warzone to curb the rampant cheating in the game, which including players exhibiting cheats and hacks within Warzone.

Last February in an announcement posted in their website, the game developers took action in banning over 60,000 accounts that were confirmed to be using cheat software in Warzone, bringing a total of 300,000 permabans since its launch in March 10, 2020.

A promise for a safe space

Aside said crackdown, Activision mentioned in their report that they are also implementing filters to catch any possible racism or toxic activities from their players. These include filtering any potential offensive text chats or user names. They even implemented said filters for hate speech in 11 languages.

The game developer also said they are addressing video chats as a medium to help them combat against player toxicity as well as increasing its reporting capabilities. "There's much more to be done," they said.

In the same announcement, Activision said they will focus on their goal of giving their Call of Duty players the tools needed to manage their gameplay experience, while promised to give an enforcement approach to address hate speech, racism, sexism and harassment within their player base.

They will also continue to increase their efforts on giving resources to support detection and enforcement as well as additional monitoring, scrubbing their databases up to the current standards, enforcing a consistent and fair review of their policies and increased communication with their gaming community.

"We know we have a long way to go to reach our goals. This is just the start. Addressing this is an ongoing commitment that we will not waver from. We look forward to making progress on this front and coming together with you to share in the fun and joy of playing together," Activision said.

TAG Call of Duty, Call of Duty: Modern Warfare
© 2020 Game & Guide All rights reserved. Do not reproduce without permission.