'Sonic Colors: Ultimate' Preorder: What Bonuses Players Would Get 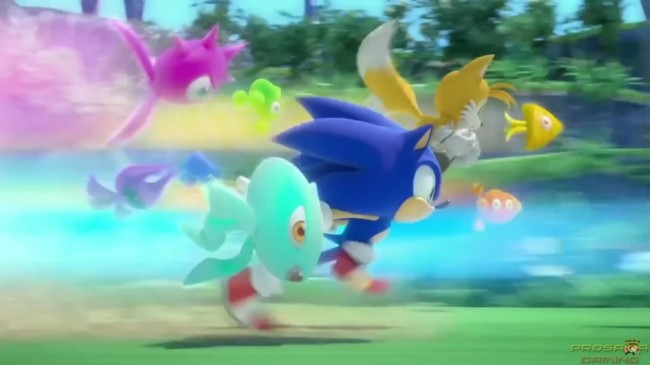 It was revealed during the Sonic Central stream that a remaster of the 2010 platform game, "Sonic Colors," entitled "Sonic Colors: Ultimate," is set to be released within September of this year.

The said remaster is one of the projects revealed during the livestream, which included a new Sonic game, a Sonic Origins compilation, and other Sonic games that will be on new gaming platforms.

In an article made by Gematsu for the game, "Sonic Colors: Ultimate" will feature updated graphics capable of 4K resolution that is suitable for PlayStation 4 Pro, as well as refinements to its controls and other gameplay upgrades, including the new Rival Rush Mode. In this mode, players will face against Metal Sonic in a race to unlock rewards.

Other key features of the game are detailed environments that players can explore such as the candy-filled Sweet Mountain or the Aquarium Park that is filled with sea life and countless pools, high speed gameplay, power-ups coming from the interstellar Wisps, and more.

"Sonic Colors: Ultimate" is set to hit the stores this coming September 7th, but the fans of the Big Blur can get the game via preorder, which is available today at multiple retailers, including Amazon and GameStop.

Those who availed the game will have bonus treat waiting for them. According to an article by Gamespot, those who preordered the physical standard copy of "Sonic Colors: Ultimate" for $40 may receive a Baby Sonic keychain, which is designed after Sonic's appearance in the 2020 movie, "Sonic the Hedgehog," while standard digital preorders come with a set of exclusive player icons and a Sonic Movie Boost.

Those who availed the $45 "Sonic Colors: Ultimate" Digital Deluxe Edition may receive not just the Sonic Movie Boost, but also gave them an early access for the game, which will happen on September 3, four days before the game's in-store release.

Aside from those, players will also get Gold and Silver wearables, where you can customize Sonic with bling, an Ultimate Music Pack consist three exclusive original game remixes, as well as Exclusive Player Icons.

Aside from "Sonic Colors: Ultimate," the Sonic Central stream also revealed the plans for the Blue Blur for both the latter half of the year and in 2022. One of these plans is a new Sonic game that was slated to be released next year on PlayStation 5, Playstation 4, Xbox Series X/S, Xbox One, Nintendo Switch, and PC.

Old school Sonic fans will experience the good old days with the announcement of "Sonic Origins," a compilation game consists of Sonic the Hedgehog 1 and 2, Sonic 3 and Knuckles, and Sonic CD. According to IGN, Sega did not announce any release dates for "Sonic Origins."

To celebrate the release of the aforementioned "Sonic Colors" remaster, the game developers also announced a two-part animated series entitled "Sonic Colors: Rise of the Wisps" featuring the voice of Roger Craig Smith, who voiced Sonic since 2010 for games like "Sonic Free Riders" and "Sonic Colors," as well as for the "Sonic Boom" TV Animated Series.

Smith then departed Sega in 2020, but will be returning to voice Sonic once again for the animated series.

TAG Sonic the Hedgehog, SEGA
© 2020 Game & Guide All rights reserved. Do not reproduce without permission.