#cashappfridays: What is the Trend All About? Is It Safe? What is Cash App? 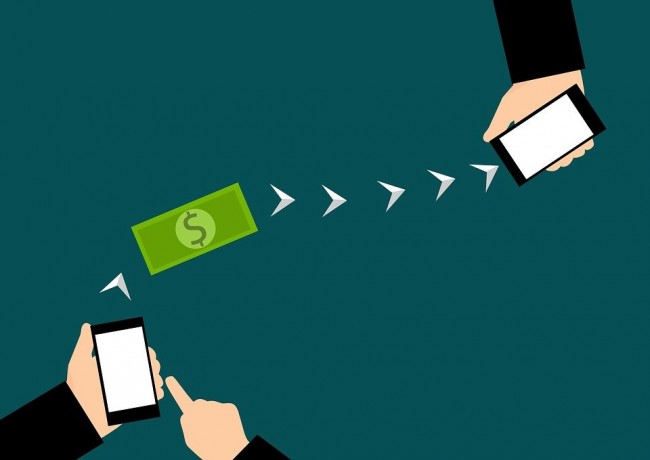 People across Twitter are posting photos of QR codes with captions mostly consist of begging for money for something that they need like food or fuel. After said captions was the hashtag "#cashfappfriday." The said hashtag was trending today on Twitter as of today.

But what is "#cashappfriday?" In order to understand what is trending today, we must first understand where it came from, or rather how it began.

The social media posts with the hashtag "#cashappfridays" have photos with QR Codes in it. These QR codes are connected to Cash App, a mobile payment and cash-transfer service developed by Square, Inc..

In their article regarding craze, Money.com said that the rules behind the contest are hard to find and confusing to read. It is also unclear how they pick the winners, how many times a day they will pick them and on what schedule they will do it.

However, the craze did not start really as a promo for the company, but rather as an accident.

In the same article by Money.com, when Cash App launched in 2013, transactions within it requires a phone number, an email address and a debit card. Later in 2015, the company changed its system to make cash transferring easier.

All the user needs is a username, conveniently known as a "$cashtag," and he or she can send money to people - whether that person knows its receiver or not.

Because of this loophole, people who are using the service are starting to ask money from strangers online. And they would time it on Fridays, the start of the weekend as well as a payday for those who earn money on a weekly basis.

Money.com revealed that until 2017, "#cashappfridays" Tweets were mostly consisting of women asking men to send money to their Cash App to get their nails done. The same goes the way around for men to get their fresh haircuts.

Cash App itself got into the trend when it saw the posts flooded on Twitter. Its verified Twitter account tweet the hashtag on August 11, 2017, and later on, they confirmed that the gimmick is not a company creation but rather from their users. "You invented it, we made a gif of it. It's #cashappfridays," they said in a tweet.

Up until today, the app itself also gives out money to its users. They would often give $50, $100 or more in an unspecific time wave to any number of those who replied to their posts on Twitter every Fridays.

Because of the trend, the app, and the company behind it, had its reach increased. In an analysis article made by Ark Invest, Cash App has been a top downloaded app in the Apple App Store's personal finance category. Its active user base has even caught up to that of PayPal, or its peer-to-peer cash payments app, Venmo.

With all of the buzz regarding "#cashappfridays," many people are wondering if Cash App is safe security-wise. In an article made by Business Insider, the app itself is safe because it encrypts all data in transit. It even claimed its PCI-DSS level 1 certification, the highest level of compliance with standards designed to ensure every credit card data were stored, transmitted and processed to the highest standard.

Despite of these features, Cash App also have its flaws. In the same Business Insider article, tech expert and media personality Kim Komando said that the problem the app is possessing is the fact that there are scammers who will use its loop holes to scam people to send money to them.

"Cash App payments are instant and cannot be canceled. If something goes wrong, such as you sent it to the wrong John Smith in your contacts, then hopefully that person is honest and sends it back to you. But there has been a surge of payment app scams. More people are using Cash App and scammers are getting very bold," Komando said.

Despite of that, more and more people are posting either their Cash App QR codes or their "$cashtag" to ask for money for something, whether if it is for paying someone's college tuition debt or to fund a surgery for someone's pet dog ro to fuel one's vanity like their nails or their hair.

Whatever reason it is, "#cashappfridays" will always be the trend, even if the people who tried it are expecting that they will receive nothing in return.

READ MORE: Five Ways to Earn Money from Your Gaming