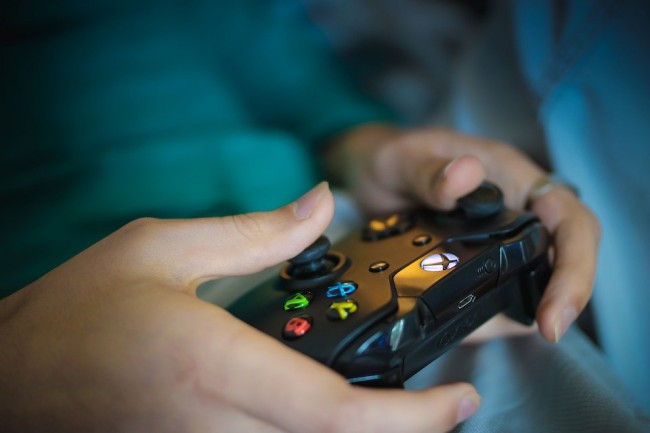 Every Friday, players in Twitter wait for a post from Larry Hryb, the Director of Programming for Xbox LIVE known by many by his Xbox LIVE Gamertag, "Major Nelson." Every Friday, Hryb will post on Twitter a contest, where players have a chance to grab an Xbox LIVE game code.

This Friday, Hryb posted the said contest, this time for a code for the game "Biomutant," a recently released action role-playing game developed by Swedish game developer Experiment 101 and published by THQ Nordic.

In order to enter the contest, players must answer a question. In today's contest, Hyrb asks the players, "If you could be any mutant animal in a video game, what would you be? And would you rely more on melee, shooting or your mutant abilities?" This is in theme with the game, where you can take control of a mammalian warrior in a world filled with mutant animals.

#freecodefridaycontest time. Read this and you could win a code for #Biomutant on Xbox One - Xbox Series X|S. Good luck! pic.twitter.com/WIfM5agzck

To answer said question, they must first follow Hryb's Twitter account, @majornelson, then post their answers as a response to his tweet regarding the contest. In order for him to see said responses, you need to make sure that their tweets are un-protected.

Winners who were randomly chosen will receive a Direct Message from Hryb via Twitter, where it contains the code for the game.

Aside from giving them away via direct messages, Hryb also post game codes on Twitter, where the first person redeems said code would win it.

According to the FAQs that was posted in his website, Hryb said that the codes were for the items in a game that they can retrieve in the Xbox LIVE Marketplace.

In order to redeem said code, they need to go to the Xbox LIVE's "Marketplace," then select "Redeem Code." From there, they can use the keyboard to type the code.

They can also retrieve the code via Xbox.com by going to a specific page where they can enter the code. These codes, however, are good for one-time use.

He also said that there are codes where it has questions marks in it. According to him, he replaces several of the codes' characters into question marks to make it look more challenging. "If you guess the code, you'll win that item for free," he said.

Hryb also said that anyone can enter said contest as the codes that posted are valid for all Xbox LIVE regions.

Fans react on the said contest, mostly overjoyed by the fact that they have not just won a game code but also the fact that Hryb sent a Direct Message to them. Most of these are posted on Reddit.

"I won a few weeks ago an XBOX Indie game (I picked Vigor) and the two Mega Man X Legacy Collections; I never win anything so I was very pleasantly surprised! It is a very nice thing for Major Nelson to do," one Reddittor said in a Reddit post regarding the contest.

"I got Prey. Heard it's a great game. I've been doing it for over a year and only just won. It's pretty tough to win and all about luck. Still curious as to how they pick the winners. Gotta be a lot tweets to choose from," another Redditor said.