'Atari VCS' Official Release: Where to Buy this Modern Retake of a Classic 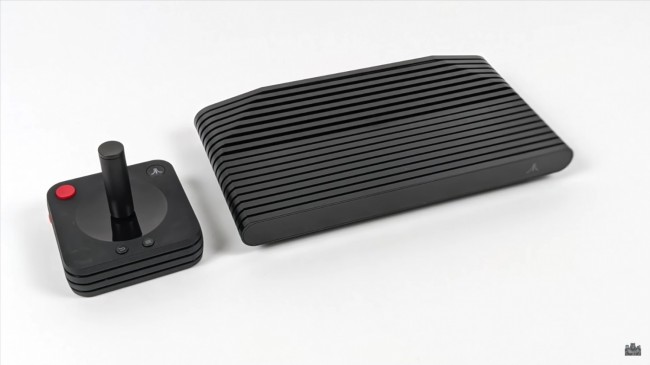 After years of waiting, the Atari VCS is now finally coming to the shelves of major retailers within this month. This will be the return of the Atari name in the video game console race after 24 years.

The modern repackaging of a video game console classic, the Atari VCS's exteriors looks like the 1977's Atari 2600, but it houses modern technology that may be differentiated to a PC build. According to Slash Gear, this PC/video game console hybrid is running on an AMD Ryzen chip with 8GB of RAM and 32GB of embedded Multi-Media Card (eMMC) storage.

It can even run Windows, Linux, Steam, or its custom OS that includes a Google Chrome web browser.

The Atari VCS will be available for purchase online at @BestBuy, @microcenter, @GameStop, and the official Atari VCS website on June 15, 2021!

Get the full scoop on @gameinformer: https://t.co/lgwuJI5vBO

According to the game console's official website, AtariVCS.com, the Atari VCS can be a fully functional PC, which will be enjoyed by PC hobbyists and DIY hardware enthusiasts. They also said that it will also provide the users a completely open and customizable PC experience, as it can run any existing PC game libraries and retro emulation platforms.

Its internal storage can also be upgraded thanks to its open M.2 SSD socket and a standard SODIMM memory units, providing users to enhance its performance for highly demanding PC games and applications.

While functioned as a PC, the Atari VCS is a video game console by heart. According to globenewswire.com, its game library continues to expand with its wide variety of free and premium content.

And to cement its role as a complete entertainment system, the Atari VCS will also have the capability to let their users watch their favorite TV shows and movies, listen to music, and access their social media using the console.

According to their website, several audio and video streaming services such as Netflix, Disney+, HBO Max, Prime Video, Hulu, Spotify, and Pandora, along with social networking sites such as Facebook and Twitter, are available in the Atari VCS.

Also, according to globenewswire.com, it can also support 4K resolution, HDR and 60FPS content, as well as dual-band Wi-Fi, Bluetooth 5.0, and USB 3.0 support.

Where to buy? How much?

A console that holds promise because of its hardware specs, the Atari VCS will be released on June 15 and it will be on sale at major distributors such as Best Buy, GameStop and Micro Center. Its official website is also opening its doors for its customers to buy the said console via pre-order.

According to IGN, the base unit, without its controller, can be bought for $299.99. The Wireless Classic Joystick and the Wireless Controller will be available separately for #59.99 each. When you will buy both the unit and its controllers as a bundle, it will cost you $399.99.

GameStop and Best Buy will include an Atari Speakerhat for every purchase of its bundle, while Micro Center and the Official Website will include a free digital copy of Missile Command: Recharged in theirs.

First announced in 2017 as the AtariBox, the Atari VCS was first become available for initial release as an Indiegogo campaign. According to VGC, it had 11,000 backers who have recently received the console in December of last year.

Atari VCS Chief Operating Officer Michael Arzt shared his excitement regarding the release of the console as well as its future, saying that more people will have the opportunity to enjoy what it can offer.

"The Atari VCS has been well-received by our early adopter community, and we are thrilled that more people will have the opportunity to enjoy everything that the platform has to offer today, and as we roll out more and more new content and features in the future," he said in an article by ComingSoon.net.