'FIFA 22' Pre-Order Bonus: How, Where to Pre-Order 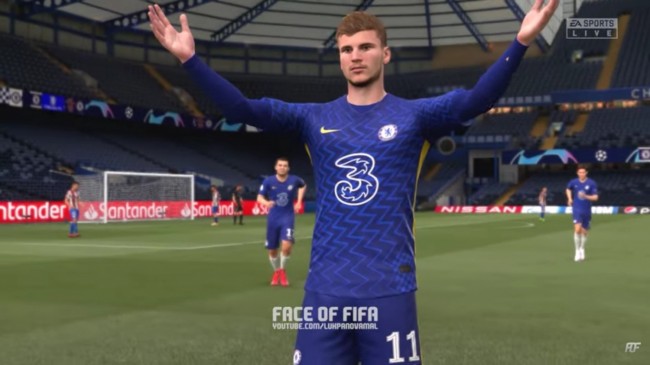 Fans are now waiting for the release of FIFA 22, the newest installment to the Football simulation game series, as its predecessor, FIFA 21, is slowly coming towards the end of its life cycle.

There are no new updates from Electronic Arts (EA), the games' developer and publisher, regarding the said release, and FIFA 21 is still up and running with their "Team of the Season" Event.

Despite of these, the fans of the football game are now focused on its 29th installment, and its features are the reason why they are glued to the next installment.

Apart from a possible new game mode, new Player Packs, a new commentary team, and a new Icons lineup will be in the game aside from the return of the "Ultimate Team" mode and the revamping of its other modes such as the "Career Mode."

In an article by SportingNews.com, EA Chief Executive Officer Andrew Wilson said that the new FIFA game will might be materialize within this year and it will be designed for the next-gen gaming consoles such as the PlayStation 5 and the Xbox Series X|S.

"All of our new EA Sports games are designed for next-gen console platforms including FIFA, Madden, NHL and EA Sports PGA Tour," Wilson said in a company conference last May.

Also, EA will might be delivering news regarding their sports titles, including FIFA, in their "EA Play Live," which will be returning this coming July 22nd. FIFA 21 was announced at the same event last year.

There is also a possibility that the game will also be announced at the incoming Electronic Entertainment Expo (E3) 2021 this coming June 12 as EA will have a panel on the event.

While waiting for the updates, fans are now speculating on where, when, and how will they pre-order their copy of FIFA 22.

According to LAD Bible, if you consider the release date of the FIFA games in previous years, FIFA 22 will likely to be released between September 24th and October 8th. Pre-orders for the game will might be open from late June or in early July, according to GiveMeSport.com.

Not only a pre-order of the game will be expected to come, but also a demo of FIFA 22 will might be released. According to LAD Bible, the demo will arrive days before the rumored release of the game in full - between September 10th to September 24th.

FIFPlay.com also said that those who avail the pre-orders will get a chance to play the game 3 days in advance while exclusive content for the Champions Edition and Ultimate Edition will be included in the said pre-orders.

They also said that players will have a 10% discount upon pre-ordering the Ultimate Edition.

In order to make this work, according to GamePur.com, you first need a copy of the previous game and a subscription to EA Play. Boot up your FIFA 21, then go to the home screen, where you can go to the bottom and scroll through its ads.

From there, you should find an ad for a 10% discount off when you purchase the game's next installment. Click the said ad, and you will be re-directed to your platform's digital market place.

From there, you can place your pre-order and wait for your game to come to your playform.

Aside from the rumored release to the PlayStation 5 and Xbox Series X|S, FIFA 22 is also rumored to be released for PlayStation 4 and PC.

TAG FIFA 22
© 2020 Game & Guide All rights reserved. Do not reproduce without permission.