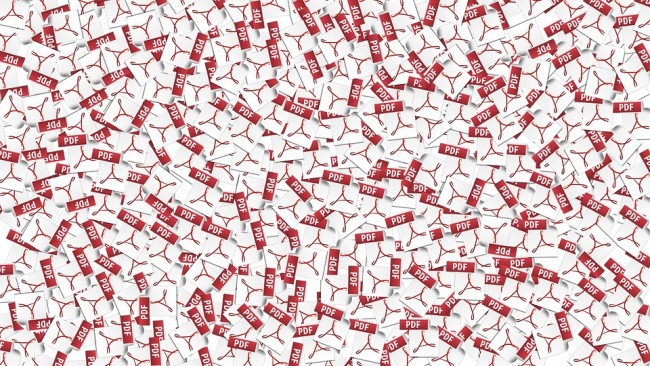 By definition, PDF, shortened for "portable document format," is a file format where you can save files, either a document or a photo, that do not need or cannot be modified but can be shared or printed.

PDF files are a demand these days ranging from offices to academics to personal use. With that fact alone, several websites offer free conversion and compression of said PDF files, though some of them offer it on a limited basis.

Adobe, the inventor of the file format, is widely known for its PDF readers, which is commonly used. What we did not know is that Adobe also has a File Converter and a PDF Compressor. In order to access these said services, you must first go to its website, adobe.com.

"PDF forms are a significant first step for making a paperless self-serve process online, but that is where things typically stop." @wromero90 shows you a better way to streamline your forms process with @MSPowerAutomate and Adobe Sign 📄 #Microsoft365 https://t.co/55ImuZRI9l

Scroll down the website until you see the "Try our online PDF tools." From there, you can choose whatever service you will use. You must first drag or upload a file that is needed to be converted or compressed. It will take time depending on the file size.

According to Knowtechie.com, the Adobe Acrobat allows its users to prepare, edit, enhance, organize, and even print said PDF files. It is also supports Windows, Mac, and Linux computers, as well as Android phones.

According to PVPLive.net, Soda PDF is a very user-friendly software and it works flawlessly with all file formats. However, several of their services are limited to the Premium version such as having a password-protected PDF files as well as custom PDF forms.

Nitro Pro can be a good choice to not just Word to PDF conversion, but also to the JPG photo file to PDF file conversion as it has a list of custom options for the said action, according to Techradar.com.

According to Knowtechie.com, this software's interface is similar to that of Microsoft Office, thus making it easier to understand and maneuver around its controls. However, the said software is only available in Windows only and it doesn't have a website version or a Mac version.

Much like any other PDF readers and converters, the Foxit PDF Reader enables its users to edit, create, and convert PDF files. This software also allows file sharing via email and social media as well as leaving comments on documents and be notified when a new document version is available.

According to Knowtechie.com, it also has security tool that protects the files against suspected virus and other breaches. Despite of these functions, Foxit PDF Reader only consumes 81.1 MB of RAM.

According to PVPLive.net, users of this software can also add page numbers in a PDF file, a feature several them have if only their users pay for that service.

Another advantage is that PDFBear can be used even to those who do not have a technical know-how, as long as they follow the steps within the website. It also provides security to the converted file, while the original file will be deleted from the system to prevent data leaks.