'Rust' Voice Props DLC Pack Guide: July 2021 Update Price, What's Inside, and How to Get 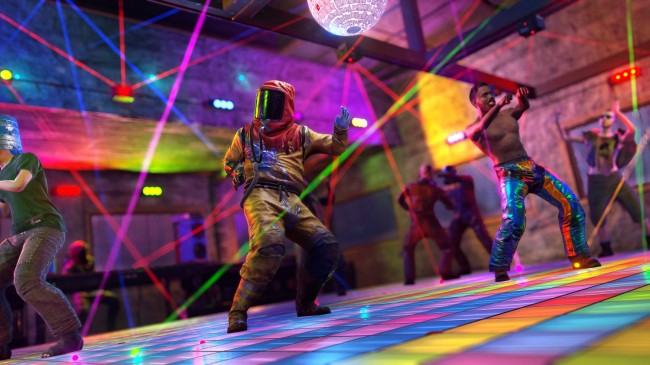 In the "Voice Props" DLC for Rust, players will have the ability to design their bases with a disco ball, disco floors, speakers, and lights.
(Photo: Photo from Rust's Webpage)

Facepunch Studios will bring in the noise in their game Rust as the multiplayer survival game will receive its "Voice Props" downloadable content (DLC) pack.

This DLC pack will deliver the boom as it adds music-based content that gives players the ability to record and playback audio, including boom boxes, megaphones, and cassettes.

What's Inside the Voice Props DLC

Rust's Voice Props DLC will feature cassettes that can store snippets of audio and can be used in various ways.

According to a blog post in the game's website, players can record audio onto a cassette, which comes in 10, 20, and second varieties, by simply inserting it into a Cassette Recorder and press RMB to record. They can also play those audio recorded cassettes by pressing the LMB.

They can also leave their voicemail message inside a cassette tape by inserting it into a phone, according to Cultured Vultures. Because of this, anyone can leave a message to them while they are away via stored voicemail in the cassette and they can access them from the dialing screen.

They can also insert cassettes in Recorders, which could be handy for sticking it on to vehicles or structures, as well as boom boxes, which is also introduced as part of the DLC pack.

Comes in both static and deployed versions, the boom box, according to the blog in the game's site, can also stream audio from the internet by opening the settings, then select a channel that you want its audio streamed.

According to Cultured Vultures, the deployed boom boxes can also be connected to other audio entities via Audio Out IO port.

Also in the DLC are the megaphones which players can held and broadcast their voices by holding the LMB. They can also install the said megaphone to a deployable microphone stand, which required more power. Like the boom box, it also has Audio Out IO port to connect to other audio props.

The Voice Props DLC also gives the Rust players the chance of decorating their base with disco-themed props like a disco ball, disco floor, laser lights, connected speakers, and sound lights that will make their neighbors jealous.

According to Cultured Vultures, all of these props have an Audio In IO so they can connect them to an audio source, just like the boom box and the microphone stand. The connected speakers can also rebroadcast any audio from a source that it's connected to.

Also included in the DLC pack are three new dance gestures as well for players to bust a move with.

A chunky 80's-style mobile phone was also included in the DLC, which according to PC Gamer, can access Rust's telephone system on the go.

How to Get the Voice Props DLC

Rust's Voice Props DLC is on sale on Steam for $12.99. According to Gamespot, both the game and the DLC pack will be on sale until July 8th, with the Voice Props DLC will get a 10% discount while Rust is 50% off.

According to Cultured Vultures, the DLC pack will bbe available only on the PC version along with Rust's new update. However, it is unclear that the said DLC pack will make its way to Playstation 4 and Xbox One.