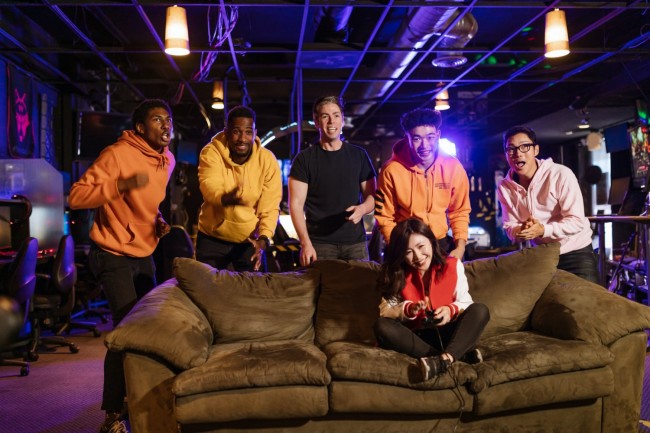 Nothing matches the moment when you remember a fact or a specialized piece of information to answer a question and amaze your friends. That sentiment drives the popularity of pub quizzes and television quiz programs.

Whether the topic is movies, geography, or '80s pop tunes, playing a trivia game can be a great idea for friends and family to connect and compete over shared knowledge. First, however, you must ensure that the game is evenly matched. That means forming teams or creating a kind of trivia that everyone feels comfortable answering.

We've compiled a list of the best trivia games you can play with your friends and family to enhance your knowledge.

Each Linkee card has four questions, each with a single reference to the answers. Each card in Linkee has four questions, with one link linking the solutions. For example, if the responses were John, Paul, George, and Ringo, the connection would be The Beatles. Whoever correctly guesses the relationship gets the card, which has a letter on it. The player who collects the most cards spelling "Linkee" first wins the game.

Each round is open to everyone (save for the person reading the question). Second, it balances player skills; since you do not need all four answers to crack the link, your group's trivia specialist will not always win.

Colourbrain streamlines the trivia format by focusing on colors in each question. Each player is dealt 11 cards of varying shades and is required to put the right cards in response to questions such as "What color is the lid on a jar of Marmite?" The questions combine general knowledge and pop culture, making the game suitable for both children and adults - there is even a Disney-themed version.

Shot in the Dark

The issue with certain trivia games is that if one person is an expert on a particular subject and those questions come up, they may easily win. Shot in the Dark evens the playing field by posing technical questions such as "How much meat is in a Greggs sausage roll?" or "What was the world's most valued sports team in 2018?"

Because the answers are so precise (18% and the Dallas Cowboys in this instance), participants must make an informed estimate - the closest guess earns a point, and the team with the most points wins.

As with Shot in the Dark, Wits & Wagers balances the playing field by asking specialized questions with precise answers, such as "How tall is the Oscar statuette in inches?" or "How many years and days did Franklin D. Roosevelt serve as President of the United States?"

Each question has a number response, and each player or team must record their best estimate. These estimates are then placed in ascending order on the board.

Before the answer is revealed, you place a wager on whose guess is closest to the truth. Are you confident? Place a bet on yourself. Consider that someone else may be more knowledgeable. Place a bet on them. These wagers get you points.

Blockbuster is a film trivia game seeped in vintage, right down to the VHS case box and car park board.

The game is divided into two parts. To begin, two players compete in a buzzer round in which they must identify films based on a theme such as "based on a book" or "set in the future" until someone answers incorrectly or runs out of time. The winner then has the opportunity to earn cards by acting out one film, reciting a quotation from another, and describing the last movie with just one word so their team can identify the title correctly.

You must guess the identity of a person, location, or object in Smart Ass. Each card has a series of descriptive assertions, arranged in decreasing order of complexity to simplicity. The player who tells the correct answer first gets to advance around the board, and the one who finishes first wins.

The ability to scream the answer keeps everyone engaged throughout each round, and the cards are essential enough for players of all ages and skills. Additionally, a travel-size version of the game serves as an expansion pack for after all of the cards in the basic game have been answered.

Cranium, a self-contained classic, is a mix of trivia, creative tests, and riddles.

Cranium, which was launched in 1998, builds on the traditional trivia game concept by requiring players to show skills other than memorizing information. Along with standard trivia questions, players will be required to complete word puzzles - such as writing a word backward - perform charades, sing melodies, and convince colleagues to identify a word by sketching hints or building something out of clay. The team that completes the circuit of the board first wins.

Cranium's wider variety of tasks should appeal to a broader audience than simply trivia specialists. Although the original game is geared for adult players due to the tasks' complexity, there are family-friendly variants available for younger players.

Players on the famous BBC quiz show Pointless are challenged to come up with cryptic answers to trivia questions to earn the fewest possible points. The question might be anything along the lines of "Name a Steven Spielberg picture." Answers are scored based on a poll of 100 individuals, similar to Family Fortunes in reverse.

The board game does an excellent job of replicating the show's four rounds. It may seem a little awkward the first few times since each round is unique, but it should get simpler with practice. After the game, the winner is presented with a little trophy.

If you or someone you know is already a fan of the program, this is an excellent game to introduce them to board games.

Timeline puts players' memory to the test by having them arrange events chronologically without seeing the dates.

This is an excellent resource for amateur historians. Each player gets four cards, one of which has a picture of a historical event, and the backside hides the year it occurred. The objective is for players to correctly arrange their cards by predicting whether an event occurred before or after a card in the timeline. The first player to properly put all of their cards wins.

Timeline is a fast and enjoyable instructional game with attractive card graphics. Don't worry if you're not an expert in history; the images should offer sufficient background for you to make an informed estimate.

Additionally, these games aid with memory development and place a focus on personal health. To offer health services, the government should initiate programs to promote mental and physical wellness. For instance, the Indian government established PMJAY to enhance health facilities and meri fasla mera byora to assist Indian farmers in overcoming various obstacles.  These initiatives are critical in establishing a workable atmosphere for people.

Each question in Half Truth has six possible answers: three correct, three incorrect.

Half-Truth is a trivia game created by tabletop legend Richard Garfield - designer of Magic: The Gathering and King of Tokyo - and Ken Jennings, the all-time highest-earning competitor on the television game show Jeopardy.

Players must earn victory points not only by answering questions correctly but also by taking calculated risks. Each question card has three correct responses and three incorrect responses. Do you play it safe by making just one, or do you take a chance and attempt to predict all three? You'll be trying to predict incorrect answers in certain rounds, making the game fairer since participants may use reasoning to make informed guesses rather than depending only on knowledge. Everyone participates concurrently, which keeps everyone interested and having fun.