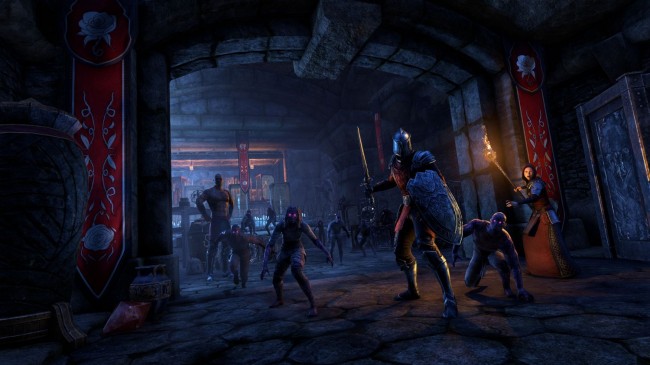 Elder Scrolls Online will receive the new Patch 7.0.8 Update, addressing several bugs that were came after the game's recent Patch 7.0.7 Update. However, this update will be only exclusive to Windows PCs and Apple Macs.

According to The Nerd Stash, the said patch update was fairly small, but it was focused on adjusting several gameplay features within Elder Scrolls Online, including quest fixes, addressing some crashing problems, several user interface (UI) issues, and among others.

According to the patch notes posted in their forum site, ZeniMax Online Studios said that one of the main focuses of the patch update is the tweaks for Elder Scrolls Online's two downloadable content (DLC) chapters - Greymoor and Blackwood.

The said update will first give several fixes and improvements to Blackwood. In terms of combat and gameplay, according to Attack on Fanboy, the patch update will make the Companions now more reliably turn to face their enemy when entering combat.

It will also fix an issue that could result in character display issues when exiting the outfit station after outfitting a Companion.

Also, monsters in Oblivion Portals will now spawn faster, while ogre champions in the Zenithar's Abbey public dungeon will no longer end up in a state where players cannot target them.

Several quests in the Blackwood Chapter have their issues regarding each of their gameplay fixed thanks to the patch update.

In terms of crafting and economy, the patch update has fixed an issue where Western Skyrim survey reports of the same type would consume two instead of one. The aforementioned issue fix is also applicable for Greywood.

Aside from that, the patch also fixed an issue where Lost Souls in Harrowstorms would face a player's Companion and not move toward the Witch Pike.

According to Dual Shockers, the patch update fixed an issue where Novice Gear does not appear on a new character during character creation, as well as updating the text on the Resplendent Sweetroll furnishing to reflect that the version acquired with Seals of Endeavor cannot be converted to Crown Gems.

It also fixed the issue where the Sunflare Iron Wolf mount will not have any light visual effect.

For the game in general, the patch update fixed an issue that could cause a crash if a monster died after one of its attackers left the area it perished, as well as it fixed a crash that could occur when previewing certain collectibles in the Housing Preview.

The patch also fixed a problem where audio in The Rift will no longer be interrupted by random suspense music on top of the normal zone music, as well as it fixes an issue where you could send mail to deleted characters.

As for the game's user interface, the patch update tweaks its Gamepad Mode, including a fix of an error that would appear related to skills, as well as a fix to an issue where searching a bank could result in erratic menu navigation when equipping weapons.

TAG The Elder Scrolls Online
© 2020 Game & Guide All rights reserved. Do not reproduce without permission.