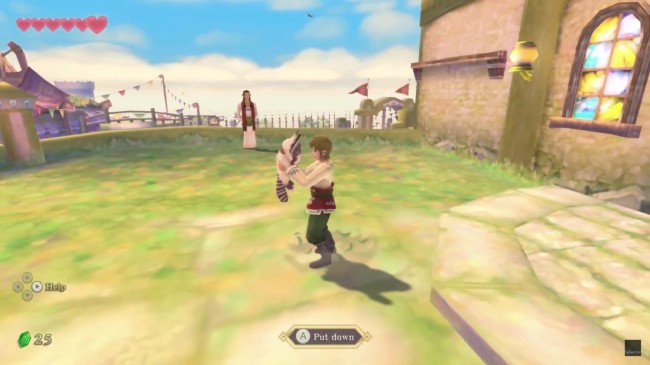 The world of Legend of Zelda: Skyward Sword HD is full of fascinating creatures ranging from the Kikwi to the Parella to the Keese. But the one creature that catches the eyes of every player of the game is the Remlit.

The cute critters can be found in Skyloft, an area of the sky world above the main land area, the first area that served as an introduction to the game, and the place where they can return to often.

First appeared in the original Nintendo Wii version of Skyward Sword, Remlits, according to the Zelda Fandom Wiki, was described to be well-mannered by day, but turns aggressive when the night falls.

The Remlits in The Legend of Zelda: Skyward Sword ⛅️ sure are cute! pic.twitter.com/4zVMsgjwpo

These creatures will follow the Link around Skyloft if he picks them up, which they will make a sound similar to a cat's meow, and then set them down again. If he draws a weapon, they will flee. If a Remlit was thrown off the side of Skyloft, it will use its ears as wings to fly.

READ ALSO: 'The Legend Of Zelda: Breath Of The Wild' Guide: Where To Find Ancient Armor

But when night comes, these Remlits will exhibit aggressive behavior, prowling in the dark along with other creatures. These creatures will attack Link by leaping at him, but will cower after once struck a few times. If he picks it up while cowering, they will start attacking again.

According to Zelda Dungeon, it is said that Remlits, like other creatures, become possessed by evil forces during the night.

How to Rescue Mia

In Skyward Sword HD, Zelda and Gaepora has a pet beige Remlit named Mia, which has a habit of scampering off.

At the beginning of the game, Horwell will ask Link to help him find Mia. In order to rescue Mia, which is seen stuck in a roof of one of the buildings in Skyloft, according to Gamepur, players must traverse the building and turn left from the building, then run up towards the wooden crates.

After talking to Horwell, they jump to ledge in the building where they will slowly going to the left towards a platform while hanging on the said ledge. Once landed on the said platform, they can follow the way until they encounter a green moss that is to the right at the end of the pathway.

Once they climbed up the moss, they will see a wooden crate on the top left, which can be pushed by holding the A button while moving forward until it was placed right in front of the wall.

From there, they can step on top of it, then climb the wall up to the roof, where you will see Mia sitting. Players can pick up Mia, then jump off the roof, then jump again down towards the place where Horwell is standing. From there, players will set Mia down and talk to Horwell, where he will give them a reward.

How to Locate These Remlits

In terms of their feral and aggressive side during nighttime, they can be ceased after Link turns Batreux in a human.

READ ALSO: 'The Legend Of Zelda: Breath Of The Wild' Guide: How To Get The Master Sword