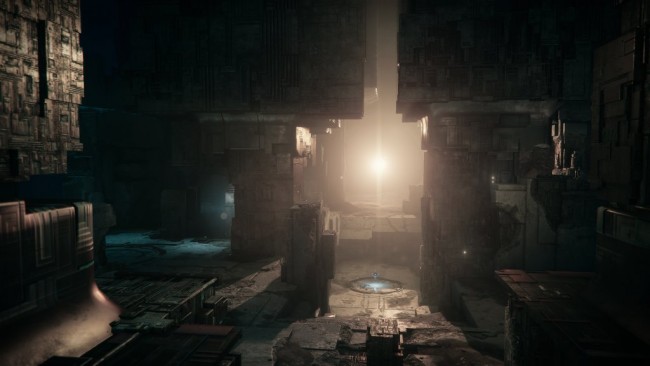 Destiny 2, from the ground up, is really made mostly for the team battles. This is evident in the game's encounters, especially in Raid Battles such as the Vault of Glass, where players test their grit against this overwhelming map that is ridden with mobs and run by its boss, Atheon.

This will make the players think twice of venturing it alone and instead considering the option to clear it with a team.

However, one player did the impossible and sweep the said Raid Battle after 1,600 attempts of doing so alone. This is all thanks to lots of patience, hard work, large amounts of grit, an absurd display of skill, and a glitch.

Here's the video of the Solo Atheon https://t.co/bH7aUNYMPk

In order to understand how the player did the impossible, we must first understand said Raid Battle, which is a game's original since the original Destiny in 2014.

The Vault of Glass can be accessed by all of the players of the shooting game due to the fact that it is free, making it perfect for those old Destiny players to reminisce old memories. But nostalgia is not the only thing this Raid battle gives.

Vault of Glass' structure is a bit virtually the same with its original Destiny feel, however according to Eurogame, the Raid Battle is a new beast altogether as there are new technical wrinkles that make many of the encounters within even more difficult.

And it gets more difficult when the said Raid Battle received a Master difficulty option after the updates that brought during the Solstice of Heroes celebration.

The said difficulty, which became live after said update, will make the players complete an even more harder version of Vault of Glass.

According to Windows Central, in the Raid Battle's Master difficulty, the Power level of every enemy there is bumped up to 1350 and more Champions are spawned in each encounter.

But despite of how difficult it is, this Raid Battle requires one thing: finish the whole thing. And what way can players do it easier is with a team. But what if a player can do it alone?

Once the Vault of Glass is almost done, several players will be transported to a location in order to clear the Oracles, while the rest who are remaining will face the Raid Battle's final boss, Atheon.

However, a player named VoteforShifu took a lot of attempts needed to go through the ordeal of eliminating both the Oracles and Atheon in order to finish Vault of Glass by himself.

The said player exploited a "glitch" by activating a finisher moments before teleporting, which has an instakill animation that can be performed on damaged enemies. According to PC Gamer, he can teleport back to the same point the animation was triggered.

In order to travel back to the other room after glitching out of it, the player needs to retrieve a relic that will cleanse a debuff that slowly clouds his vision while killing the gatekeeper to open a portal between two rooms - all of these are done before the finisher's short animation completes.

To do all of this, he needs to have a Witherhoard, an Exotic grenade launcher, and fire off a round from it, which can create a blight pool that damages any enemy that stands in its radius.

By hitting the exact spot where the gatekeeper spawns, he is able to kill it off via pre-fired Area of Effect (AoE) damage while he is back in the main room. With the portal open, the player is able to walk between the room, and then start one-shot killing the Oracles using the Eriana's Vow, an Exotic hand cannon.

He can still visit the side room as the Lost in Time mechanic, where it can wipe out a team if all players, or in his case, a player, are away from the main room for any length of time, is still in effect.

All of these, including the usual Raid Battle shenanigans, from swarms to boss attacks, as well as the pressure of having to kill Atheon within four damage phases to avoid the said instant wipe mechanic, creates even more tension, as well as frustration, to clear the game.

PC Gamer even counted how amy times the player died attempting to complete Vault of Glass using the DestinyTracker, which revealed that it took more than 1,600 attempts to do so.

It is a ridiculous display of skill and patience, including weapon and armor switching, as well as a demonstration of the complexity found in Destiny 2's raids - and the ways and means some will need to do in order to overcome it.