How to Improve your Rank in WoW Shadowlands 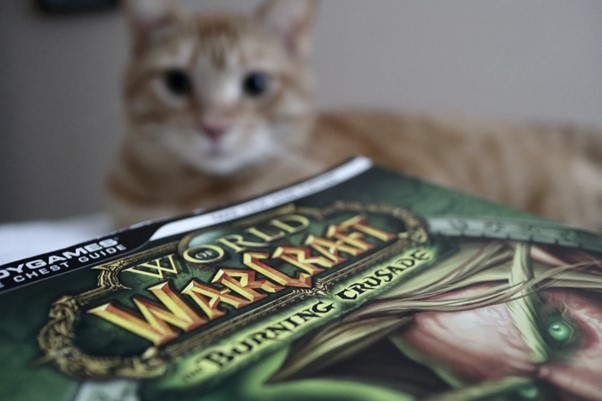 World of Warcraft is one of the most popular multiplayer online role-playing games out there. Developed by Blizzard Entertainment, the game boasts millions of active players, with many more others signing up each day. This rising popularity is largely attributed to the customizability nature of World of Warcraft, which allows players to customize their characters, appearance, gender, race, and class.  With the recent release of Shadowlands expansion, however, Blizzard has developed a complex leveling system with multiple questings, events, and dungeon farming, which players need to go through as they progress to the advanced levels of the game. Unfortunately, grinding through all these levels can take weeks and even months to complete, which is why most players have turned to WoW classic dungeon boosting services. More about boosting services later.

In this article, we're going to reveal the different tips and tricks on how you can improve your rankings in WoW Shadowlands.

Start By Focusing on Specific Comps

As indicated above, WoW Shadowland expansion gets increasingly challenging as you progress. If you're facing this challenge, however, you can choose to find one or two classes that you feel that you feel comfortable playing for one simple reason; getting dialed in on a single character in a specific class allows you to develop some specialization in specific things.  And the same goes for team comps, as playing one or two comps right gives you a better understanding of how they work, their winning conditions, as well as their pitfalls.

The first 20 levels or so are a piece of cake to take. From this point henceforth, things start to get a little bit murky. Initially, plate-wearing classes such as Warrior can engage multiple enemies concurrently without registering significant damages. With progress, however, the struggle becomes apparent when you don't have the level-appropriate armor. For this reason, it is important to pick health/mana replenishing food, as it will become an absolute necessity upon reaching level 25 and beyond.

Unless of course, you're using a minimum of three Heirloom pieces, health regeneration can be grindingly slow. If you don't possess any healing spells to passively regenerate your health between fights, chowing down can significantly reduce the downtime, accelerating your leveling process.

Another tip to mitigate the downtime is to ensure that you frequently get new equipment. And although they're hard to come by in the earlier expansions, you can grab new gear by visiting the auction house if you find yourself struggling to take on mobs.

When in a major city or an inn, ensure you log out to gain rested XP. And although rested XP can sometimes get specific in how it works, the best way to know that you're rested is to ensure that your level circle is labeled "zzz" and the player portrait is glowing. Rested XP rewards you with bonus XP until you utilize all your rested points. The more you stay logged out when in a major city or inn, the more rested points you accumulate.

Below is a quick breakdown of rested XP:

Heirlooms in Shadowlands are relatively different compared to the past. For example, previous Heirlooms would reward you with a 5% increase in XP gained. Still the more heirlooms you had on, the faster you could accumulate this 5% XP buff.

In the Shadowlands expansion, however, Blizzard terminated the 5% buff from Heirlooms and introduced a set of bonuses, which reduce rested XP utilized. For instance, two heirlooms reduce the rested XP consumed by 30%, with six heirlooms reducing it by an additional 30%.

Upon reaching level 30, you can switch on the War Mode via your talent window. Basically, War Mode gives you between 10-30% XP bonus, all of which is pegged on your level.

In the War Mode, you're hosted on a PvP server, meaning that you can be slain by members of the opposite faction, essentially slowing you down. By using War Mode, however, the 10-30% XP bonus can help accelerate your progress without other members slowing you down.

Available once per month, The Darkmoon Faire is a helpful event that can help you with several buffs, ultimately increasing your XP.

Although joining a guild doesn't necessarily offer XP, it can greatly help speed up your leveling process.

Guild perks have existed since the Cataclysm expansion, and you can receive some bonuses therein irrespective of the time you joined the Guild. The two most important Guild Perks are Hasty Hearth and Mount Up.

When mounted, the latter increases speed by 10%, with the former reducing the Hearthstone cooldown by 15 minutes, which would normally take 30 minutes.

Another great option to improve your rank in WoW Shadowlands is to use boosting services. This is especially great if you don't have the time to sit in front of a desk and grind through the different levels or lack the skills to do so. With the help of a professional World of Warcraft shadowlands booster, you can level up faster, enjoy unique mounts and titles, and even get powerful gear.

Although the WoW Shadowland expansion injected a lot of freshness into the game, it also introduced a complex leveling system, which can sometimes be hard to navigate. With the above 5 tips and tricks, however, you shouldn't have a problem improving your rank in WoW Shadowlands.