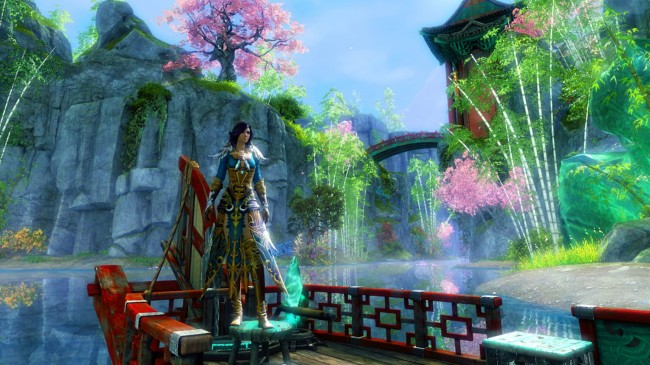 The dragon cycle will be reborn as ArenaNet announced the newest expansion to Guild Wars 2, "End of Dragons." The said announcement for the third expansion set for the role-playing game was followed by a breath-taking trailer which feature the game's story and setting.

According to MMO Bomb, the said expansion set is supposed to be released sometime in 2021, however due to several circumstances, its launch date was pushed back to next year.

Elite Specs and Other Things In-store for "End of Dragons"

"End of Dragons" will take place in Cantha, a location that is familiar to the fans of the Guild Wars franchise as the area was first visited in 2006's Guild Wars: Factions Expansion Set. The said area, according to Eurogamer, has been closed off in Guild Wars 2 following an in-game story.

Thank you #GuildWars2 community for joining us for today's livestream! Guild Wars 2: End of Dragons is available for prepurchase now--get bonus items and begin the journey to Cantha: https://t.co/ZwBIxeMcC8 pic.twitter.com/UtoNlYlFwb

"End of Dragons" will introduce new elite specializations for each of the nine jobs within the game, each has new ways of playing them.

According to PC Games N, there are no further details regarding these elite specializations, however according to Alt Char, Robert Gee, ArenaNet's game designer, revealed that they are currently working on "some cool Canthan elite specs," signifying that the specializations will be on the works.

ArenaNet said that players can hop in to week-long free beta events that will run each month, starting from August 17th until November, so that they can have early access and test these elite specializations after creating their new character in the game.

Another gameplay mechanic that will introduced is fishing, considering that the area within the area is covered with water. According to NME, players can catch fish for food as well as participate in fishing tournaments to compete with others to see who has the best catch.

New personal watercraft called skiffs will also be introduced in the game, which allow players to ferry themselves from one island in the Canthan Region to the other.

Speaking of transportation, "End of Dragons" will introduce Siege Turtles, the game's first multiplayer mount. According to the Guild Wars 2's website, this mount can bear two riders - one that handle the turtle's direction, and the other that will operate the weapons strapped to its shell.

The website also revealed that Strike Missions will be present in "End of Dragons." Through these missions, players will lead a squad to battle opponents and earn enticing rewards.

The "End of Dragons" Expansion Pack for Guild Wars 2 will be released in February 2022 for PC. However, pre-orders are open.

According to Game Rant, the said Expansion Pack will cost $29.99 and will include bonus items such as the Flame Serpent Weapon Chest, a Shing Jea Mosaic Cape, a "Prodigy of Shing Jea" character title, a shared inventory slot, and a Level 80 character boost.

The Expansion Pack's Deluxe Edition will cost $54.99 and will add the Shing Jea Dragon Boat Skiff Skin, a Canthan Raptor Mount skin, a character slot, and an Identify Repair Kit. The Ultimate Edition will add in a 4,000 gems bonus.

ArenaNet will be selling an 8" x 10" premium statue of the Elder Dragon Aurene, which is made of translucent material. The said statue will be available for pre-order between July 27th to August 20th, and it will cost for $120.