Halo Infinite Multiplayer Mode Beta Test Sign Up Guide: What to Expect, When to Play 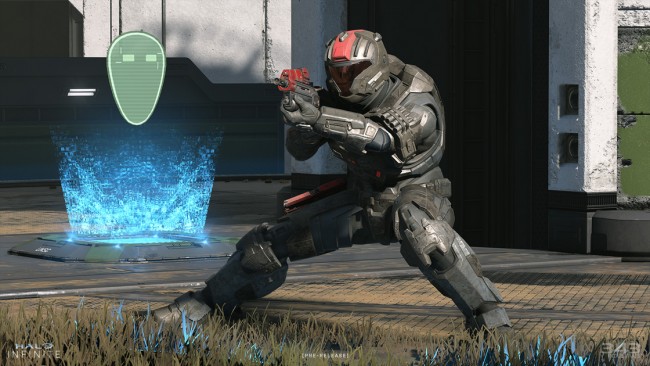 Microsoft and 343 Industries formally announced that they will send invitations for players to participate in the beta testing for Halo Infinite's planned Multiplayer Mode.

Dubbed as a "Technical Preview" by the developers of the shooting game, the said beta test will show how the game's Multiplayer mode works, including new mechanics and gameplay content.

What Players would Expect

343 Industries first confirmed the said Technical Preview for Halo Infinite. According to Slash Gear, the test will be a little different than others would expect regarding it.

Halo Infinite's Technical Preview, unlike a typical beta or alpha test of a video game, will pit invited players to plays in a multiplayer Team Deathmatch against machine-provided bots, instead of facing with other players.

The said Technical Preview will make Halo Infinite the first game in the Halo franchise to feature bots in a Multiplayer battle. The developers wanted to try this to test the waters of Halo Infinite's Multiplayer Mode on a controlled settings using bots before releasing it for Player-versus-Player environment.

The developers show how the Technical Preview works in a livestream just recently, which was released in the game's YouTube Channel. The said preview, which is a Slayer match according to Gamespot, was shown running on the Xbox One, and touched a lot of details regarding said Multiplayer Mode.

The first major thing that Halo fans saw during the preview was the fact that they can drop their weapons on-the-fly without swapping one out of another.

According to PC Gamer, this is to eliminate the tedious ways how Halo players give their weapon to a teammate, ranging from "dancing" in order to give out a sniper rifle or a rocket launcher or scrambling around just to look for another weapon on the ground or trading it with whatever it is available nearby.

However, the said Technical Preview did not show what is the default controller button used for dropping weapons for console players. But, the said command might be configurable along with other options, such as for the "Field of View" slider, options for centering the gun on screen, and disabling speed lines.

When Will the Technical Preview Begin

343 Industries announced that the first Technical Preview for Halo Infinite will be rolled out this July 29th. According to Windows Central, invitations have been rolled out to those who signed up to be a part of the Halo Insider Program, which is an official system for those who want to be part of tests for upcoming Halo games.

Apart from the aforementioned date, the developers also rolled out other dates for Halo Infinite's Technical Preview.

They will sign in their Microsoft account credentials, then if requested, they will grant Halo Waypoit access to their Xbox Live information. They also should confirm that they are 18 years old or older.

If there are playing using either Xbox One or Xbox Series X|S, they will click Yes when asked if they like to be considered for console fighting. From there, they will fill out their Console ownership and setup details, then click Continue.

If there are playing using PC, they will click Yes when asked if they would like to be considered for PC flighting. From there, they will follow the on-screen instructions to obtain and download the PC specifications with Windows 10's DirectX Diagnostic.

Once there are okay with the data inserted, they will click the Complete Signup. Then, they will open the Halo Insider email that was sent in their provided E-mail, then click "Verify my Email Address" to verify their E-mail address.