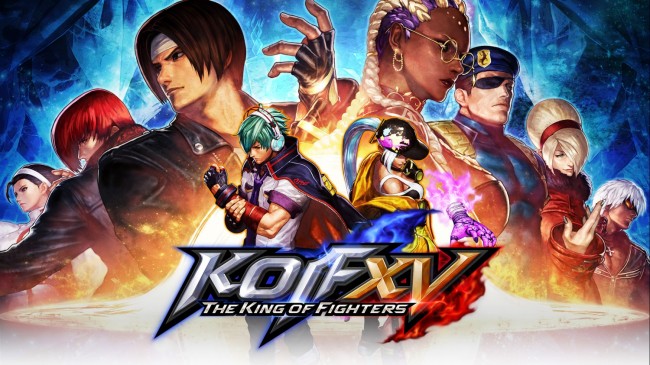 It is time to shatter every expectation as SNK finally announced the release of The King of Fighters XV after series of delays due to the Covid-19 pandemic. The said reveal happened during the pre-show of Gamescom 2021's Opening Night Live.

The fighters who will be participating, which were released in a series of teaser trailers, includes the return of the series mainstay, Kusanagi Kyo, as he will be distancing himself from his original Team Japan to form Sacred Treasures Team alongside rival Yagami Iori and Kagura Chizuru.

Speaking of Team Japan, Nikaido Benimaru returns to the game, but not alongside Goro Daimon as he will side with The King of Fighters XIV newcomers Shun'ei and Meitenkun to form the Hero Team.

Sakazaki Ryo and Robert Garcia will return to the tournament alongside King to form the Art of Fighting Team.

Ryo's sister, Sakazaki Yuri, will be on her own two feet again as she will be in a hodge-podge Super Heroine Team alongside Shiranui Mai and Asamiya Athena, who will be splitting away from her original Psycho Soldiers Team.

Another hodge-podge team will also be debuting in the new The King of Fighters sequel as Blue Mary, Vanessa, and Luong will form the Secret Agent Team.

Also revealed in the Gamescom 2021 Opening Night Live pre-show that K', Heidern, and Ash Crimson will be returning in the game, as well as new unidentified characters will might be added in it. However, SNK did not reveal any further details, including if they are downloadable content (DLC) characters or not.

Aside from that, new mechanics will be supplemented, such as the Shatter Strike mechanic that can allow enemy attacks to be countered and an improved MAX Mode with a new MAX Mode (Quick) option that will provide a rush function to initiate rapid combos.

A local two-player battle is included in the game for those who will be playing the game in the same room, while online battle modes that can accommodate up to eight players will include a ranked match, a casual match, and a room match, as well as online training and draft versus mode.

The King of fighters XV, according to Siliconera, is set to be released on February 17th, 2022. According to vg247.com, the game was supposedly planned to be launched this year, but SNK announced last June that they decided to delay said launching due to the pandemic.

The developers revealed during Gamescom 2021 that the game's physical version of the Standard Edition will be sold for $59.99, and its Day One Edition will be sold in the same price, but will include a DLC costume of Terry that he wore in Garou: Mark of the Wolves for those who pre-ordered it.

Those who will pre-order the digital Deluxe Edition will receive a three-day Early Access starting on February 14th, a Team Pass 1 containing two teams with six DLC characters, and a digital version-exclusive Classic Leona DLC outfit for Leona.

The King of Fighters XV will be available for the PlayStation 4, PlayStation 5, Xbox Series X|S, and Windows PC through Steam and Epic Games Store.