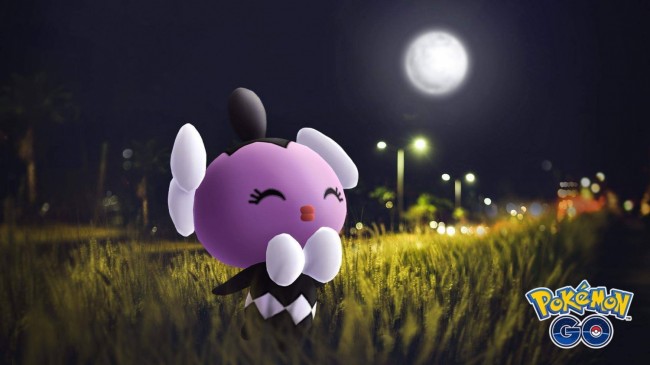 As a part of its Part 1: Creepy Companions sub-event of its Halloween event, Gothita will be featured in Pokemon Go's Spotlight Hour.

Trainers will now have the opportunity to catch the Psychic-type Pokemon from the Unova region today, October 19th, from 6:00 Pm top 7:00 PM local time.

In that said time period, according to Gosunoob.com, their spawn rates will be increased, and special rewards like double Catch XP and Gothita Candies will be given away.

For Trainers who wanted to catch a Shiny Gothita, according to Dual Shockers, there will not be one as the Shiny version of the said Pokemon will not be appearing in Pokemon Go.

If there is one, its spawn rate will not be increased, and they are not guaranteed that they will meet one.

In order to defeat, and caught, Gothita once they encountered it during the Spotlight Hour, Trainers must know its weakness, as well as how to counter it.

Because of this fact, Trainers must have Pokemon that are under said types, or has attacks that are based on those types.

According to the Pokemon Go's Gameinfo.io page, they can consider adding Chandelure (Hex, Shadow Ball) in their team before encountering Gothita, as well as Gengar (Lick/Hex/Shadow Claw, Shadow Ball), either of the Antique or Phony version of Polteageist (Hex, Shadowball), and either of the Confined or Unbound version of Hoopa (Astonish, Shadowball).

Once caught, Trainers must understand Gothita in order to use the Psychic-type Pokemon efficiently, especially in player-versus-player (PvP) situations. It has a base Attack stat of 98, a base Defense stat of 112, and a basta Stamina stat of 128.

The best moves that they can teach for Gothita, according to Gameinfo.io, are Confusion for its Quick Move and Psychic for its Charged Move, a combination that has the total damage per second (DPS), as well as the best moveset for PvP battles.