'Pokemon Unite' Halloween Festival Event Guide: How to Get Greedent + Best Build for the Pokemon 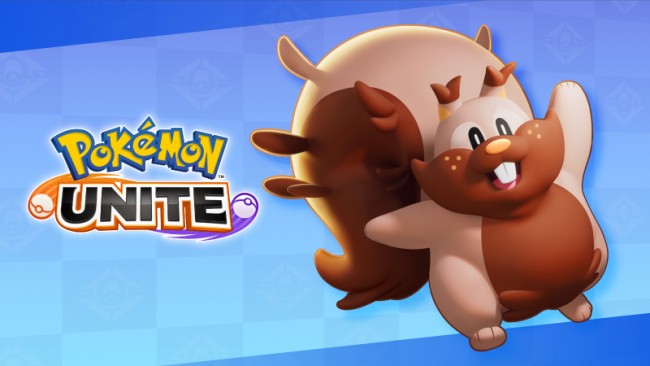 The Halloween season has come to Pokemon Unite as the Pokemon-based multiplayer online battle arena game will have its "Halloween Festival" event, bringing in new Pokemon skins that are themed for the season.

Aside from the skins, the said event comes with a new Pokemon, the Normal-type Greedy Pokemon Greedent, which can be unlocked by accomplishing tasks and collecting an event-exclusive special currency.

In order to unlock Greedent in Pokemon Unite, players must collect a specific number of Pumpkins. According to Kotaku, there are two ways for them to have these event-exclusive special currency.

Attention, Trainers! A spooky Halloween event is on its way to #PokemonUNITE! Get ready to scare up a good time from 10/20 to 11/07, and treat yourself to some Halloween fun! pic.twitter.com/M4t0157wLb

The first one is for them to log-in everyday during the event until November 7th. For every log in, they will receive 3 Pumpkins, while logging in during the fifth, seventh, and fourteenth days will award them 8 Pumpkins.

Aside from that, they can also obtain Pumpkins after finishing a task involving them participating in Halloween in Mer Stadium.

The said four player-versus-four player (4v4) game mode where, according to ESportsTalk.com, will have the same point-scoring rules just like a normal Pokemon Unite game, however instead of Battle Items, pumpkins are scattered in the arena, and players will wear them to their opponents' heads.

Once worn, the affected Pokemon will lose all of its acquired points, and will have only one move, Pumpkin Tackle, which can knock back an opponent Pokemon for a huge distance.

The said tasks will also award them Pumpkin Boxes, which will give them a number of Pumpkins that they can use to exchange items, including the Unite License for Greedent. In order to have the said Unite License, players must have 70 Pumpkins.

Aside from the Unite License, they can also get a Pumpkin Pikachu avatar sticker, a Halloween Snapshot frame, a Halloween-themed profile background, a Halloween Trainer pose, a 1-day Battle Point Boost Card, and a Pointed Hat (Halloween) hat.

Aside from these free items, the event will also have new Halloween-theme Holowear Pokemon Skins for Lucario and Zeraora, as well as new seasonal clothing for Trainers.

Greedent, according to RealSport101.com, is a Defence Pokemon that can deal sustained damage while maintaining its high survivability and its capability to take down objectives. It is focused more in the Bottom Lane, where it can take the role of Support.

Its attacks are more focused on its berries. Its Stuff Cheeks move, at Level 5, will drop several berries, which can be eaten to recover HP or provide a shield if it was consumed while the HP is full. If it catches a sight of a berry, it will increase its movement speed.

Its Belch move will deal area of effect (AoE) damage towards enemies, while decreasing their movement speed. If it has stashed berries, it will consume all of them. The more berries Greedent stashed, the faster the ability will cooldown. Once it is upgraded, it will increase the damage it dealt.

Its Covet move, according to Attack of the Fanboy, will let Greedent run towards the enemy and stunning them in the process. If it eats a dropped berry, its secondary effect resolves. While performing Covet, Greedent can do other moves, giving it more utility.

Its Unite Move, the Belly Belly Flop, will make Greedent eat a berry to recover HP, then leap to a designated area, dealing AoE damage while throwing any opponent Pokemon in that area.

The can also consider either the Eject Button, X Attack, or Slow Smoke is a good choice for its Battle Item.