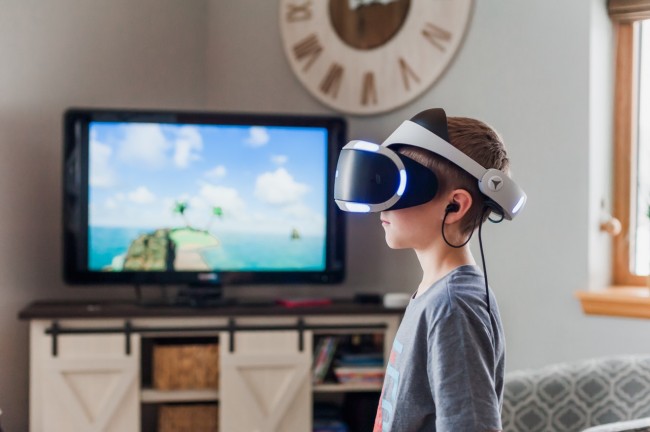 The use of the Internet for educational purposes is not new. At the disposal of students, there are now a lot of services to expand educational opportunities and facilitate the process itself. For example, you can order essay about video games from professionals and are not worried about writing it. However, the advent of video games contributed to the formation of a new format of gaming activity - interactive entertainment. In this article, we will tell you exactly how video games affect the current education.

A serious video game is a mental duel in which a person, by special rules, interacts with a computer program that in an entertaining way allows one to obtain useful knowledge on a specific topic (for example, social sciences, philology, natural sciences, etc.) and/or develop skills communications.

It should be noted that the key feature of serious video games or educational video games that distinguishes them from educational applications is the entertaining nature of the presentation of information. If an entertaining element is absent in a software product, then, in this case, the gaming component gives way to the inaccurate simulation of reality or to an ordinary electronic textbook.

Modern Approaches to the Implementation of Studying in Video Games

Based on the endogenous and exogenous approaches to creating games, all educational games can be divided into the following groups.

Targeted studying (endogenous games), in the framework of which the goals and expected results of the educational process are clearly indicated. The main array of educational games in this group is formed by serious video games. The most accessible example is simulators that simulate real vehicles, for example, Microsoft Flight Simulator, which is used for training and educating pilots. Another example: games offering familiarity and explanation of well-known natural and social systems, for example, The Oregon Trail, studying the physical laws in practice in the game Electromagnetism: Supercharged !.

Background training (exogenous games), during which the player is not provided with a detailed explanation of what is happening, but the learning process is still carried out. Usually, in such games, the user becomes a participant in certain events, receives personal experience and on the basis of it forms his/her worldview. Thus, pseudo-historical games (for example, the Assassins Creed series of games) can provide in the process of passing enough general information about historical events and figures of that time in order to interest the player in further studying a particular era. Other games in similar ways can form the initial baggage of knowledge about the structure of the world, relationships between people or behaviors in specific situations.

In general, researchers note that the most effective in the field of education are precisely endogenous games in which targeted training can be implemented. As noted earlier, in such games, the content is directly related to game mechanics, which allows better assimilation of specific information and the formation of necessary skills due to a deeper immersion in the game process.

"Immersion" is a fairly popular term in the scientific and popular science literature on video games. In video games, "immersion" is usually understood as a state of consciousness, often artificial, in which the subject's self-awareness of his/her physical condition in reality decreases, while the feeling of complete presence inside the inspired virtual space, on the contrary, increases.

The concept of "immersion" has proven itself in education. For example, in accordance with it, foreign languages ​​are studied in many countries of the world: communication in the mother tongue is minimized, and teaching, domestic and interpersonal communication (for example, living in families of native speakers) is carried out exclusively in the language that the schoolchild or student learns. Thus, there is an immersion in a new language environment.

Videogames offer a unique opportunity to virtually instantly provide the user with feedback, providing him/her with information about how he/she coped with the task. In the case of Professor Layton and the Miracle Mask, the player is informed whether he/she gave the right or wrong answer.

In the case of Professor Layton and the Miracle Mask, if the player gives an incorrect answer, the game will not only report that the answer is incorrect but also explain why. This explanation contains a hint that may prompt the player to the correct answer. The player can also take three additional tips that will help him/her in solving the problem. It is worth noting that each incorrect answer and hint is penalized: for the correct answer, the player receives special cards for which he can activate new puzzles in the "free play" mode (solving problems outside the plot), and incorrect answers and the use of hints reduce the total number of cards, which player can earn. Thus, the developers also motivate the player not to make hasty decisions, but to carefully think about the question.

Modern video games offer a unique toolkit that allows you to integrate them into the learning process. Users can in a fascinating way, albeit indirectly, interact with educational programs in various fields of knowledge and other types of educational activities (development of logic, reaction, etc.). However, this requires a more detailed study of the specific approaches to the development of educational and training video games, which would equally entertain the user, motivate him/her to go through and, as a result, to further training at all levels: program and text.