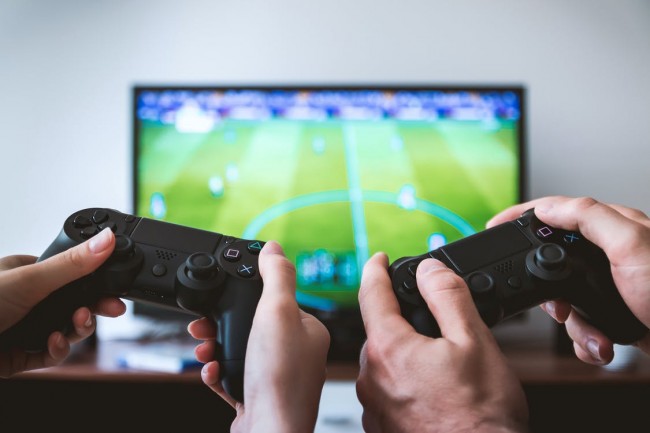 Video games have come a long way since Pong and the original Donkey Kong, and so has the science around these blips of light and sound. Many recent studies suggest playing video games can improve overall brain health and cognitive abilities. And though this topic is somewhat politically charged, and there's still plenty for the scientific community to learn, there may actually be some brainy perks to picking up that gaming controller.

Nowadays, a video game exists for just about everyone. Gamers are no longer just rowdy teenage boys. Current research shows the average gamer is actually around 34 years old and getting older by the day. And while video games were traditionally enjoyed mostly by boys, more women and girls are picking up the controller to slay dragons or solve mysterious puzzles.

As a practicing gamer myself, I'm convinced video games (when played in moderation) have helped me unlock a few secret levels when it comes to brain skills. So here's my list of cognitive abilities video games have improved for me-and a sweet recommendation of video games you may want to try for yourself.

Processing speed is the time it takes a person to complete a mental task-the speed at which you understand and react to incoming information.

Widely regarded as an essential skill for brain health, booting up a good ol' game of Tetris can improve your processing speed. You know, colorful blocks fall from seemingly nowhere at an increasingly stressful speed to be fit perfectly into place. Just describing this game shows how it can help hone cognitive skills. It's a true classic that can be downloaded and played on just about any mobile device.

Multitasking is the ability to successfully manage more than one task at a time-the keyword in this definition is "successfully". Anybody can jump between tasks and do them all poorly.

For those wanting to develop some genuine multitasking prowess, check out Age of Empires II or any other real-time strategy (RTS) game. Simply put, an RTS game is one where you build a home base, manage resources, create soldiers, and send them out to destroy or capture an enemy base. Think of it like a complicated game of chess without taking turns; each player moves their pieces in real-time. To win, you must keep mental track of multiple moving pieces-Is your castle built yet? Do you need more gold to train knights? Where will your opponent move his army?

Visual memory is the ability to recall information such as activities, pictures, or words that have been viewed in the past.

This brain skill gets plenty of practice with exploration games like The Outer Wilds. You enter this cosmic adventure as an astronaut with a physics-based solar system to explore and dozens of clues to find. The twist-every 20 minutes the sun explodes, destroys the entire universe, and forces you to start from the beginning. Your best asset is your memory of what you've already discovered. To solve this exploding star's riddle, you have to pay close attention to everything you see, read, or even hear.

Spatial awareness is the ability to be aware of oneself in a space and understand the relationship between objects in that space.

It may all seem a little esoteric, but a great way to really see spatial awareness in action is to play Portal. This short puzzle game boasts a great sense of humor and an equal load of wit. The premise is simple-you enter a room and must find a way to reach the exit using a portal-shooting weapon. You heard that right; a gun that shoots portals. Success in this game is all about understanding how you and other objects move and react in a 3-D space when you break the laws of physics.

Other video games that may help spatial awareness: the Super Mario series, A Hat in Time, Celeste.

Deductive reasoning is the process of reasoning through one or more statements to reach a logically certain conclusion.

If you've ever watched an episode of Psych or read a story by the great Arthur Conan Doyle, this brain skill is no mystery to you. Video games have entered the classic "whodunnit" realm, and Ace Attorney is a prime example. In this outrageously silly game, you take on the role of an attorney-at-law and must collect evidence and interview suspects to prevent your innocent client from facing a guilty verdict.

All Things in Moderation

With the rise of the internet and smartphones, video games are easier to play and more accessible to everyone. And while they may help you hone brain skills, too much of a good thing is often bad. So it's no surprise people fear overexposure to smartphones and video games may actually be a drain on your brain.

Video games, crossword puzzles, and sudoku may be great ways to hone or sustain specific brain skills, but nothing supports your overall brain health better than optimal nutrition and exercise. So remember to put down the controller, get off the couch, stretch your legs, and enjoy your real life, too.

Born and raised in Utah, Taylor Pulver grew up fishing, camping, and hiking his way through the Wasatch Range. Now, he lives in Salt Lake City as a writer, gardener, and avid reader of fantasy and science fiction novels.