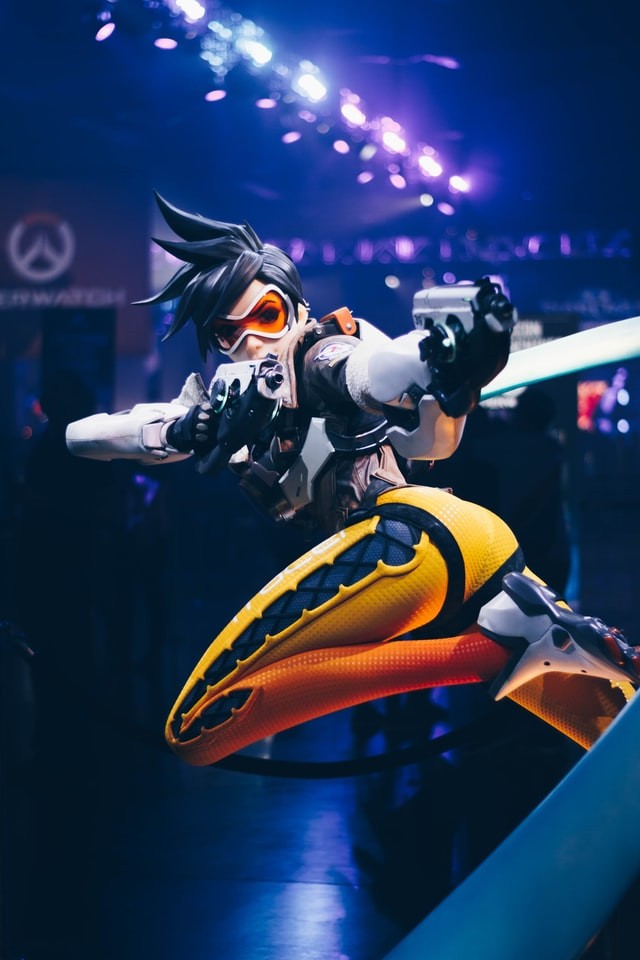 (Photo: Overwatch vs. CS:GO - Which One Should I Play?)

Overwatch and CS:GO are fantastic team-based first-person shooter games that any fans of the genre are sure to love. Both games offer a variety of playstyles and game modes that are sure to provide you and your friends with many hours of fun. Note that the games focus solely on an engaging multiplayer experience, so neither offers a story mode.

To help you decide which one you should get started with, let's take a look at some of the differences between Overwatch and CS:GO. We'll delve into what makes these games some of the most beloved multiplayer titles in the world.

The charismatic shooter that is Overwatch

Overwatch was released in 2016 by Blizzard Entertainment and features a diverse cast of 32 playable heroes, all with their own unique features, abilities, and backstories. Quick Play and Competitive Play are the main game modes, where teams of 6 compete for victory across a variety of maps in objective-based games.

In Overwatch, each player on a team has a specific role to fulfill, and the only way to win is by everyone working together effectively. Knowing which heroes to choose is aided by the fact that the game splits the character roster into 3 classes: Damage, Tank, and Support.

The hero classes of Overwatch

Damage heroes, as the name suggests, have a high damage output and are the main ones responsible for engaging with the enemy. This class will feel the most familiar for players of traditional FPS games like CS:GO or Call of Duty.

Tracer, one of the most well-known Overwatch characters even to those that don't play the game, belongs to the damage hero class. If your playstyle is quite aggressive and you love being on the frontlines in the center of all the action, then maining a damage hero is probably the way to go.

Tanks also occupy the frontlines but don't deal as much damage. Their role involves using their high health and shielding abilities to protect allies as much as possible.

Support heroes make up the final class in Overwatch. They're perfect for players that prefer a slightly less intense role where they can boost the health of their allies and provide buffs from the backlines.

Unlike Overwatch, CS:GO doesn't have specific character classes. It's a bit blander in that respect, though the variety of weapons in the game makes up for it. Let's take a look at the other title and see what makes it so great in its own way.

CS:GO - an intense shooter with a big competitive scene

Counter-Strike: Global Offensive, more commonly known as CS:GO, has a much more realistic setting than Overwatch and doesn't have a crazy cohort of wacky characters to play as. The playing field is more level because all players have access to the same kinds of weapons and equipment.

The main game mode players enjoy in CS:GO is Competitive, where teams of 5 face off in a best-of-30 match - the first to reach 16 total round wins emerges victorious. Teams take turns playing as terrorists and counter-terrorists, switching sides at the end of the 15th round. Because there aren't any crazy abilities that can turn the tide of the game in seconds, the CS:GO wholly relies on skill and coordination with your team. This aspect of the gameplay is something that a lot of the players really like - no more dying to overpowered ultimate abilities like in Overwatch!

The guns and economy of CS:GO

The way you choose your playstyle in CS:GO is with the weapons you purchase during the rounds. Unlike in Overwatch, players can customize their arsenals each round using the money they receive from completing actions throughout the match. These actions include getting kills, planting/defusing bombs, winning/losing rounds, etc. More powerful weapons naturally cost more than weaker ones.

The AK-47 assault rifle, Desert Eagle pistol, and the AWP sniper are some of the best guns available to you out of the 34 available to you in the game - that's a lot of choices! Different grenades and equipment can be purchased too to boost your team's chance of success.

Well then, which is better?

Both games provide incredibly fun and engaging competitive experiences and boast a range of enjoyable game modes and maps to play on, so choosing between one or the other isn't easy. It ultimately comes down to the core mechanics that the games provide and which you prefer.

If you enjoy having more freedom and variety in gameplay, then Overwatch is for you. However, if you prefer a slightly simpler game more centered on your ability to aim and outperform your opponents, then CS:GO is the one to go with.

Also worth noting is that the standard edition of Overwatch costs $19.99 on PC while CS:GO is free-to-play, making the latter a lot more accessible. So, if you're short on funds and are worried about spending money on a game you might not enjoy, then CS:GO is probably the better choice - at least to start out with.

If you're looking to pick up Overwatch, be sure to check out Overwatch boosting and coaching services at Boosting Ground's website that'll help you make the most of the game and be the best player you can be!