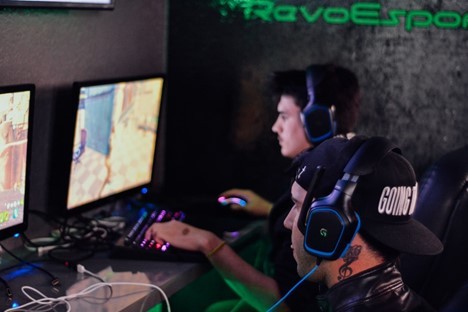 Rocket League is one of the most fun games that you can play right now. It has been out for some time, it has a thriving community, and there are more cosmetic items than you can ever dream of. This fantastic bundle of fun is beloved by gamers worldwide, and that's because it has a unique take on the entire genre.

Now, what makes Rocket League Trading that much more enjoyable is the customization. You can customize any aspect of your athletic vehicle, but by far, the most satisfying thing to swap out is the wheels.

What do you do when you're young, and you get your very first car? You deck it out with the finest wheels that you've ever seen, of course, so why not do the same to your virtual vehicle? Below, we'll talk a bit about our top nine picks for the best RL wheels available!

From the days when I was a child, I've always liked dragons. There's something so cool about dragons that they will never fall out of fashion. While the first thing that might come to mind when thinking of the rocket league Draco wheels might be something inspired by big Draco himself, you'd be wrong.

The Draco wheels are a fantastic-looking set of rims for your vehicle with a dragon on them. They have a polished serpent look featuring a dragon head on each wheel, and they make your rims pop on the playing field.

Speaking of popping on the playing field, who does it better than Rocket Ronaldo himself? The Cristiano wheels feature a truly brilliant-looking soccer ball-inspired set of rims that are sure to drop some jaws. There are more than a couple of variants of the Cristiano wheels, but what ties them all together is the fact that they look stunning, the whole lot of them!

Furthermore, these wheels are very affordable, meaning you can get them on most trade websites for a laughable price.

All my friends drive a lowrider, and if you want to be one of them, you best be rockin' some fly lowrider wheels on your Rocket League vehicle! If you've ever dreamed of wire-based BBS wheels, you can't get any closer than the lowrider rims for rocket league.

While they don't look all that athletic and sporty, and lowriders themselves aren't known for their speed, you're practically guaranteed to be the coolest guy in the game if you enter rocking a pair of these.

Not everyone is looking for the cool factor, though. If you're looking for something futuristic, trippy, and psychedelic, perhaps you might want to give the Zomba wheels a look-see. These wheels feature a fantastic display of symmetry on them, as well as fully customizable colors, so you can make your ride as funky as you want it.

Nothing in this world is as funky, shiny, and hip as the disco ball. If you want to express your love and appreciation for this relic, you'll have to get the Discotheque wheels which aren't only very affordable but insanely cool-looking as well.

Some people like the wire style, but they like them fat. Some people like their rims aggressive, not laid-back. If you're one of these people, you'll adore the Tunica set of wheels for Rocket League. Not only do these wheels look stunning, but they're also aggressive and subtle at the same time.

This means that they'll fit with most paint jobs and players. They make a top-tier addition to any style you're aiming for and tend to add a sense of style, class, and, most importantly, bite.

Have you ever considered yourself a team leader in video games such as rocket league? Well, if that's the case, you might want to go with the nuclear option for your car's wheels, which is the Reactor set. The Reactor set of wheels features a nuclear core which makes your playthrough go as parabolic as possible.

What makes these wheels that much cooler is that they give off a powerful, ominous, insanely hypercritical glow which only works to forward your aggressive playstyle and image.

Not everything in the virtual world has to be flashy, awe-inspiring, or overindulgent. If you're striving for simplicity, if you want some realism, if you think there is nothing long with an age-old style, you're thinking about the Dieci set of wheels. Dieci wheels are not only very classic, they're evergreen, meaning they'll never go out of style.

Well, if that's the case, you'll want to opt for the Apex rims. These fly-wheels make your vehicle look completely different, taking it to a whole new dimension of coolness. Aside from the tucked-in goal rim itself, these wheels feature octagonal texture on wheels, making them look like soccer balls.

Rocket League is one of the most interesting, exciting, and fun games around, and that's mostly because of the fun game mechanics, thriving community, and more cosmetics than you could ever wish for. The most popular type of cosmetic in Rocket League is the wheels, so make sure to copy at least one pair from this article, and we guarantee you'll have the coolest looking car on the track.