Virtua Fighter 5 Ultimate Showdown: What Bonuses Players Will Get in ‘Legendary Pack’ DLC 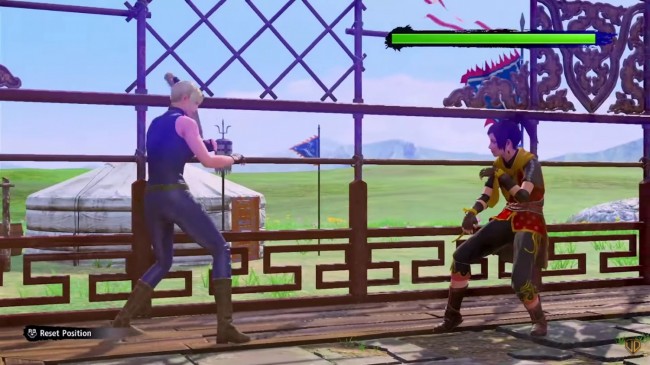 "Virtua Fighter 5: Ultimate Showdown" showcases not just the graphics that are on par with the latest consoles of this time and age, but also the old school gameplay where instead of memorizing a moves list, you need to outsmart your opponent.
(Photo: Screenshot from TrueUnderDawgGaming's "How is This Game FREE? Early Hands-On with Virtua Fighter 5 Ultimate Showdown!")

In an article made by IGN, players can now avail the Legendary Pack DLC as well as the game itself for $9.99. The DLC pack itself contains over 2,000 character customization items, alternate costumes for the 19 playable characters in the roster, 38 original Virtua Fighter retro character models (2 per each character), and the original Virtua Fighter retro stage and battle User Interface (UI).

It also has a collection of nearly 180 new and classic background tracks that came from the previous Virtua Fighter games as well as additional 36 Spectator stamps.

The "Legendary Pack" DLC will be a customization delight for the players who want to customize their own fighters as well as nostalgia trip as its contents was inspired by the 1993 arcade classic release.

In a PlayStation.Blog post, SEGA Chief Producer Seiji Aoki said that their game designers had a ton of fun rebuilding the retro models of all the playable characters in a modern game.

"But our favorite items have to be the fully recreated UI and character models from the original Virtua Fighter! Our designers had a ton of fun rebuilding the old models for all 19 playable characters in such a modern game," he said.

Virtua Fighter 5 Ultimate Showdown is a PlayStation 4 exclusive remake of Virtua Fighter 5, the 5th installment of SEGA's hit fighting game that was first released in arcades in 2006, then later in consoles like the PlayStation3 and the Xbox 360 in 2007.

According to an article by Comingsoon.net, the remake boasts its enhanced and updated graphics which is utilized using Ryu Ga Gotoku Studio's Dragon Engine, the same game graphics engine used for the Yakuza game series, including Yakuza 0, Yakuza Kiwami, Yakuza 6: The Song of Life, and Yakuza: Like a Dragon.

The game also features enhanced Online play for Tournaments and Leagues, including a real-time spectatorship for those online matches, reimagined classic modes, and a fully updated UI as well as brand background tracks which are composed by the long-time members of the game's sound team.

Seiji said in his blog post that the reason why they chose Virtua Fighter 5 for a remade is because of its 2012 remade, "Virtua Fighter 5 Final Showdown," as it represented the pinnacle of the said fighting game series.

"Many younger fans had never experienced the fluid 60fps martial arts combat, intricately balanced and grounded in reality, that game perfected in its day. We knew from the very beginning that we wanted to re-create that experience on modern consoles," he added.

READ ALSO: Streets of Rage: Concept Art Signals Another Attempt At A Revival