'Call of Duty: Warzone' Glitch Guide: How to Obtain the AMP63 Pistol Using This Glitch 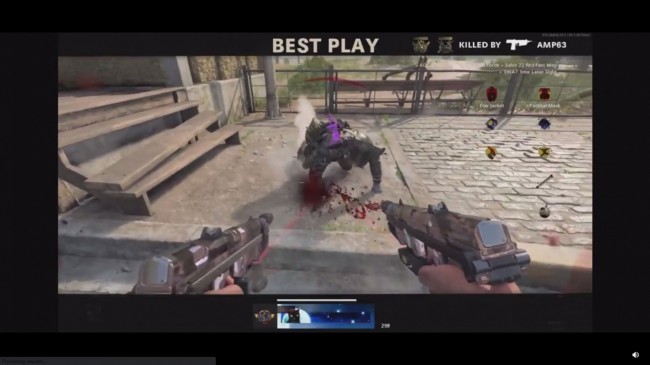 Players of Call of Duty: Warzone have exploited a glitch within the game that will make them acquire an unreleased firearm.

The glitch allowed them to unlock the AMP63 pistol, a firearm that supposed to be released in the Season 3 of Call of Duty: Black Ops Cold War as one of its six new weapons.

Aside being a supposed-to-be Black Ops Cold War Season 3 firearm, the AMP63 pistol is also set to be released in Warzone as well as Call of Duty: Mobile as parts of the "80s Action Heroes" campaign, which featured the debut of Rambo's John Rambo and Die Hard's John McClaine as playable operators.

According to an article by PCInvasion.com, in order to unlock the AMP63 pistol, you must first complete a challenge in Warzone, where you will kill five enemies with a pistol in twenty different matches.

Once you successfully accomplish said challenge, you permanently unlocked the said weapon and can be used in Black Ops Cold War as well.

The said challenge was yet to be recognized by Activision, but players are now exploiting said "challenge" to get their hands on the AMP63.

The same article also left a tips for those who wanted to unlock the firearm. You must need to hop into the Plunder playlist. Make sure that you have a powerful pistol such as the Akimbo M19 or the Magnum equipped with you. You may also add stun grenades to your loadout as it will stun your enemies upon detonation, allowing you to get a pistol kill.

Upon realizing the glitch that unlocks the firearm, players of the Black Ops Cold War posted on Reddit their reactions regarding the AMP63.

One Redditor was in a complete shock to see the sidearm in action despite the fact that it is not reportedly released fully in the game. He even took a video clip of the said play, where it was tagged as "Best Play" during the match after the user of the AMP63 killed 3 Operators from the opposing side.

Another Redditor posted something the in "r/blackopscoldwar" sub-Reddit, this time he showed in the post that he unlocked the firearm and told how to unlock it using the Pistol Challenge glitch.

According to an article by DBLTap.com, the AMP63 is "a cross between a self-loading pistol and a fully automatic submachine gun" that boasts its high firing rate, making it one of the most powerful pistols in the game, and one of the "want-haves" of every Warzone and Black Ops Cold War player.

Because of these characteristics, the player who had the firearms equipped with them will be a terror in the field during Multiplayer matches. "Next time you hop into a multiplayer match, watch out for players abusing the power of the AMP63," said PCInvasion.com's article regarding the said firearm.

TAG Call of Duty
© 2020 Game & Guide All rights reserved. Do not reproduce without permission.