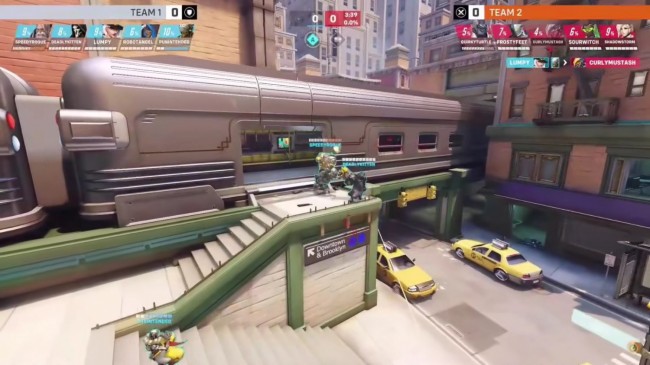 After years of waiting for its developments, players of Overwatch 2 get the news that they wanted regarding the game during a Developer Livestream, which showed major changes for the sequel of Blizzard's famous multiplayer first person shooting (FPS) game.

In the said Livestream that was posted in the game's YouTube Channel, they revealed that the game will be shifting towards 5v5 or 5 players-per-team Player-versus-Player (PvP) setup instead of the sticking to their usual 6v6 or 6 players-per-team PvP setup.

According to a blog post in the game's website, the game's standard PvP game modes will observe the following set-up for teams - a Tank, two Support Heroes, and two Damage Heroes. "This evolution introduces a major shift in the way that the team approaches all aspects of the game, from map design to the dynamics between roles and how they interact as a team," the developers said.

With the changes for the PvP in place, developers also look upon adjustments for the Hero roles. According to the same blog post, developers are adjusting their Tank characters by making them focus more on brawler-style gameplay.

Another adjustment that they did was the passives in every role, like the passive for Support heroes where they can automatically regenerate health after staying out of the combat zone, while the passive for Tanks will make them take reduced knockbacks while providing less ultimate charge to their opponents who damaged them.

Players who heard or saw these developments want to test them, but they need to wait for the game's Beta release. However, an Overwatch player decide to develop a Workshop simulation to make players feel said changes.

Players can use the Workshop code Y4AY9 to replicate the same scenario that they saw during the Developer Livestream.

According to an article by Dexerto.com, the code also has the changes made for Overwatch 2, including Reinhardt having two "Firestrikes" along with a cancelable charge, D.Va receiving an additional boost for her "Defense Matrix," Zarya having two barriers stored on a shared cooldown, Mei's primary weapon will not freeze people, and among others.

In a tutorial post for the Workshop.codes, in order to import the Workshop code, you must first create a custom game by going to the Game Browser and press the "Create" button on the top of your screen. In the Custom Game settings, click the "Import Code" button, and enter the code.

Once you entered the code, you can now experience first-hand the changes that will be made in the Overwatch 2 PvP gameplay.

Fans of the game are split over the developers' decision to switch Overwatch 2's PvP gameplay from 6v6 to 5v5, as it was shown in a Twitter poll made by Tom "Stylosa" Stewart, one of the game's popular content creators.

In an article by ESportsTalk.com, one player said on Reddit that the changes showed the developer's intentions to embrace the game's FPS side.

However, the same player was disappointed that because of the changes, the game is not the same game he purchased or spent thousands of hours playing and enjoying.

"It's a different game. But I loved the game the way it was, I just wanted more of it. More content. Maps, heroes, map modes, continued balance changes. The game they are describing isn't the game I purchased or spent thousands of hours playing and enjoying," he said in a Reddit response.

On the other hand, another Redditor explained its excitement over said changes while viewing the concerns of others regarding it, saying that they mistakenly seeing the changes and expecting that the Overwatch 2 will be played out similarly to its predecessor.

"The game will be completely different, for better or for worse. I think people need to at least give it a chance before doomsaying on every form of social media. The beefed-up tanks look much more fun to play as IMO. I think people are honestly just scared because this is such a drastic change," he said.