'Battlefield 4' for Amazon Prime Gaming Subscribers: How to Receive This Game for Free 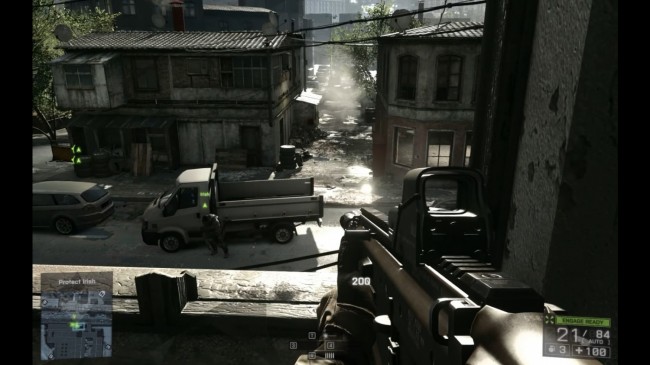 Players will engage to the intense gameplay of "Battlefield 4," which it can retrieved via Amazon Prime Gaming for free.
(Photo: Screenshot from KoroushGhazi's "Battlefield 4 - PC Singleplayer Gameplay Ultra Settings")

As Battlefield 6 prepares its way towards its full reveal this coming June 9th, Electronic Arts (EA) has partnered with Amazon Prime Gaming to give its players a free copy of Battlefield 4, the 2013 release of the first person shooting game.

The most recent Battlefield game with a contemporary modern setting, Battlefield 4 became a massive success as it is met with positive reception at the time of its release, as well as selling over 7 million copies throughout its lifespan.

In the game, you can either play as Recker in its single player Campaign mode, where he is fighting against a potential military uprising from China, or as one of the three nations, United States, China or Russia, in an up-to-64 players Multiplayer Mode where you can test out weapons, vehicles, and strategies.

Immerse yourself in the critically acclaimed world of @Battlefield 4! Claim your copy to keep forever, for free with #PrimeGaming https://t.co/ifhMZqooZI pic.twitter.com/W44MhgEbDj

According to KnowTechie.com, you can retrieve a copy of the game for free if you are an Amazon Prime subscriber. Since the game's PC version is the one available for free, you need to download it via EA's Origin store.

According to GamePur.com, you must first sign-up to Amazon Prime and subscribe to its services in order to get a copy. If you are not familiar to the service, you can try its 7-day free trial. If you have an existing account or subscription, you can skip this step and log in straight to the website.

Next, head over to the "Gaming" page where you can retrieve the code that you will enter in the Origin store's web page. Once you entered the code, you can now retrieve your free Battlefield 4. You can retrieve the said game until June 21st.

Take note that the game available is the Standard Edition and its additional content, including its downloadable contents (DLCs), will not be included.

Battlefield 4 is not the only video game Amazon Prime Gaming is giving away for free. According to KnowTechie.com, other games such as Batman: The Telltale Series, BFF or Die, Lost in Harmony, and Newfound Courage are also up for grabs for free.

The service will also add more free content within this month, so make sure you check its website more often to catch them.

EA DICE, the developers behind the game, announced that Battlefield 6 is set to be revealed this month. In a separate article by NME.com, the game developers posted a video teaser on their Twitter page showing the schedule of the reveal, which is June 9th at 7:00 AM PDT (4:00 PM CEST).

The said reveal schedule was ahead of the incoming Electronic Entertainment Expo 2021, or E3 2021.

This was after leaks regarding the were posted online on Reddit, including what has been a reveal trailer for the game. Posted by a redditor last May 27th, the game trailer features epilepsy-inducing light flashes and frame flashes, which shown a modern war zone and a missile launch.

READ ALSO: 'Battlefield 1' On Amazon Is 59% Cheaper; 'The Witcher 3' On Easter Sale Too

TAG Battlefield 4, Battlefield 6
© 2020 Game & Guide All rights reserved. Do not reproduce without permission.