‘No Man’s Sky’ Patch 3.5 Update: What do Players expect in the ‘Prisms’ Update 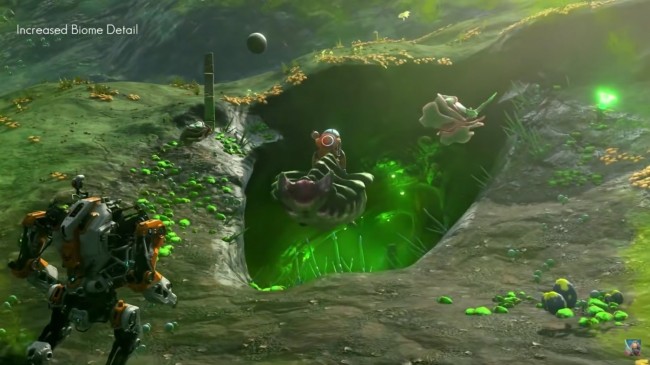 "No Man's Sky" will feature creatures that can be ridden, which will be premiered in the Patch 3.5 "Prisms" Update.
(Photo: Screenshot from KhrazeGaming's "No Man's Sky - Big NEW "Prisms" UPDATE 3.50 Changes The Game Forever: DLSS, Flying Mounts & More!")

The sights and sounds of No Man's Sky just got even better as its Patch 3.5 Update has been launched, featuring features that will enhance the player's visual experience within the game.

According to the Patch Notes that was released in the game's website, the developers said that the update dramatically refreshed the game's experience with its range of new virtual features and technologies that players will need to see once they've logged into the No Man's Sky.

According to Comicbook.com, the significant changes in the patch update will be on par with the next-gen gaming systems including PlayStation 5 and the Xbox Series X and high-spec graphic requirements that PCs need to have today.

One of which is the Screen Space Reflection Technology, which have been added to most video games to create visual realism by adding reflective surfaces as well as improving the lighting quality, making these surfaces more realistic. It is as if you are virtually seeing a reflection in a newly-polished floor.

Another boost for the game's visuals that came from Patch 3.5 Update is the optimization of existing volumetric lighting system, which added more atmosphere in the game's surroundings. This optimization is also available in Virtual Reality (VR).

Also in the update, according to Attack of the Fanboy, is the Parallax Occlusion Mapping, which is added for all platforms. This provided additional detail and definition to texture and materials used on the game's elements such as the large planetary buildings and the Space Anomaly.

Another was light refractions, which rendering it is enabled to almost all of the platforms except VR for the base PlayStation 4. What this means is that elements such as glass-based materials as well as glass containers and transparent screens can now refract light.

PCs that have the NVDIA RTX graphics cards will take advantage to another technological advancement within the patch update - the Deep Learning Super Sampling or DLSS. This feature will gain said graphics card the improved performance and visual quality needed to run the game.

According to the patch notes, this technology will incorporate anti-aliasing and super sampling techniques that will improve image detail at higher resolutions without compromising the game's framerate.

Other visual improvements that are implemented in the Prisms Update are improved rain effects, overhauled caves bearing the more detailed and atmospheric environment, additional planetary details, reworked foliage props, and other fixes regarding visual issues in the game.

No Man's Sky's "Prisms" update will also feature a system where players can now adopt "virtually every lifeform" that they will encounter as the number of creatures within the game has been hugely increased. This will give the players opportunity to caught something that they did not previously caught.

According to Attack of the Fanboy, their low-flying companions can be mounted and flown through the sky.

Other improvements for these creatures are the addition of fur to most of them which was selected appropriately from existing species while its rendering technology has been added to suit for all platforms except the Xbox One S and the PlayStation VR.

According to Hello Games, the addition of fur will "bring both extra variety and additional fuzziness" to No Man's Sky's creatures.

Another improvement that will be introduced in the game's patch update is the one for its "Photo Mode." According to the game's patch notes, the mode's depth of field effect was written and based on physical-of-confusion simulation, while the quality of its field has been significantly improved.

Its controls are adjusted to reflect these changes. It's Auto-Far mode was removed, while a Macro Mode was added. Manual control for bloom settings were also included.

Several issue fixes and improvements that are in-stored for the "Prisms" update are all in the patch notes that was posted in their website.