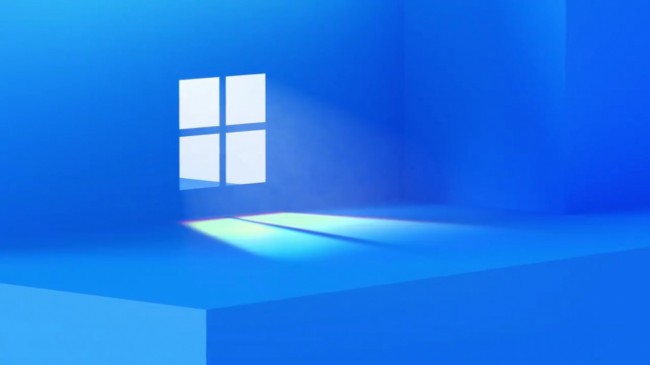 In this screenshot from a video posted by Microsoft in their Twitter Page, you will see a window pane that looked like the Windows logo from and angle. Below it was 2 columns of light coming from the window that reads "11"
(Photo: Screenshot from Microsoft's Twitter Account Post)

Microsoft is now literally "opening a window" to a possible new version of Windows as they will be expected to unveil a new Operating System (OS) this coming June. This is after six years since the launch of Windows 10.

In a Twitter post, Microsoft said that they will report said plans in a livestream, which will be premiering this coming June 24th at 11:00 A.M. ET.

According to Windowslatest.com, the said post dropped a hint of what we will expect during the livestream, which is the rumored "Windows 11."

Join us June 24th at 11 am ET for the #MicrosoftEvent to see what’s next. https://t.co/kSQYIDZSyi pic.twitter.com/Emb5GPHOf0

According to the article, in the Twitter post, the window in the blue room looks like the Windows icon if you look it in an angle. You also see light rays that came out of the window that looks like the number "11."

The Verge also said that the schedule for the said livestream is not a usual start time for a typical Windows or Surface events.

Another teaser regarding the reveal is the tweet from Microsoft's Corporate Vice President, Yusuf Mehdi, where he said that he "hasn't been this excited for a new version of Windows since Windows 95."

Satya Nadella, Microsoft's Chief Executive Officer, said in an article by The Verge that they have plans to reveal the "next generation" of Windows that will unlock economic opportunities for the developers and creators.

"Our promise to you is this: we will create more opportunity for every Windows developer today and welcome every creator who is looking for the most innovative, new, open platform to build and distribute and monetize applications. We look forward to sharing more very soon," she said.

In a separate The Verge article, the software giant stated that the Windows 10 will might be the "last version" of the Windows OS.

TechRadar.com also stated that the possible next update for the current Windows OS, the Windows 10 21H2 'Sun Valley,' might be coming soon although there are no confirmed dates, except a report from Windows Central, saying that they mgiht be releasing it on October.

In the possible release of the new Windows OS, the first thing that would come to mind is its features. GadgetsNow.com stated that there will be a big design overhaul once the OS is now launched. This included a makeover for the file and folder icons.

The article also said that the company are now looking for a senior engineer to work with the Windows Core User Experience team. According to the job listing, both the senior engineer and the team will "orchestrate and deliver a sweeping visual rejuvenation of Windows experiences."

Another planned new features are the changes for its app buttons as well as sliders and other elements, signifying that we will see a new look for Windows after six years, and a better integration for Android users, including the availability of Android apps through the Microsoft Store, which will also be revamped.

TAG Microsoft, Windows
© 2020 Game & Guide All rights reserved. Do not reproduce without permission.